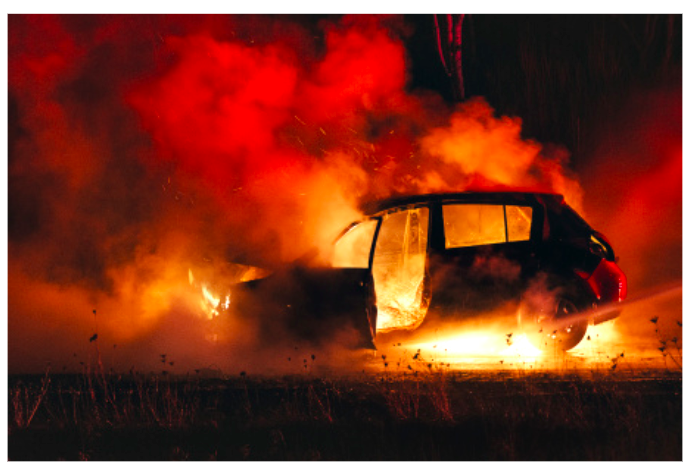 STUDIO CITY—A studio city couple informed FOX News 11 that their car was a victim of an arsonist and they have been denied the ability to file a report with the Los Angeles Police Department.

The fire was started on Friday, January 28, shortly after David and Stacy Wright had friends over for dinner. Their vehicle was parked outside of their house on Wrightwood Lane. They noticed the fire when they were walking their guests out to their car, and spotted smoke seeping out of the car window.

The Wrights contacted the Los Angeles Fire Department, but before they could arrive, the car burst into flames, rising as high as 15 feet. By the time fire officials arrived, the flames had been put out by the Wrights with help from neighbors. The LAFD classified the blaze as arson, but failed to take a report at the scene.

The Wrights talked to reporters about their love for LA, especially Studio City, and all the amazing opportunities it has to offer. Lacy spoke on the phone with the LAPD during the incident, and they also failed to submit a report.

Stacy was unable to get a hold of both departments, and when she contacted them it went straight to voicemail. She openly expressed her worry with how the lack of authority could hinder the safety of Studio City and other surrounding areas.

When the LAPD was questioned about the issue, they explained they do not usually investigate car fires without a death, and that these incidents are often handled by insurance companies.