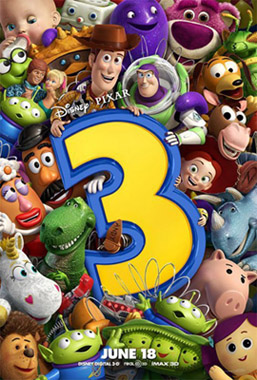 HOLLYWOOD —Ever wonder why summer is the busiest season for movies?  For starters, kids and teens are out of school, the weather is great and more people have time to visit the multiplex.  Summer of 2009 was big at the multiplex, but 2010 looks to be even bigger with an array of sequels being released and massive blockbusters aimed at audiences.

The month of May looks to be sequel mania as “Iron Man 2,” starring Robert Downey Jr., Gwyneth Paltrow, Scarlett Johansson and Mickey Rourke, kicks off the summer season on May 7.  The first film grossed more than $300 million and in the sequel Tony Stark finds himself battling Whiplash (Rourke) amongst other foes.  Expect huge box office numbers for this flick.  Following closely behind on May 21 is “Shrek Forever After,” the final chapter in the hugely successful franchise that follows our favorite green ogre.  Did I mention the film will be in 3-D?  Kids won’t be the only ones anticipating this animated feature.  For all those women out there, Carrie, Samantha, Charlotte and Miranda return for “Sex and the City 2” on May 28.  The last film opened with more than $60 million, so guys either prepare for date night or let your significant other hang out with the girlfriends.  Details for the film are tight-lipped, but that won’t stop avid fans.  Those hoping for an alternative can catch Jake Gyllenhaal in the epic “Prince of Persia: The Sands of Time”; the film looks to be a visual spectacle that will wow moviegoers.

June 18 sees the return of Woody, Buzz Lightyear and the rest of the gang in “Toy Story 3.”  The film will also be presented in 3-D and finds our favorite characters having to deal with the reality that Andy is heading off to college and is no longer in need of his prized possessions.  “The A-Team” finally arrives on the big screen on June 11 starring Liam Neeson, Quinton Jackson, Bradley Cooper and Sharlto Coopley; expect lots of gunfire and explosions.   That film may face stiff competition from Jackie Chan and Jaden Smith in the remake of “The Karate Kid” arriving in theaters the same day.  The biggest film of the summer arrives on June 30, any guesses?  That film is the third chapter in the highly successful “Twilight” series.  “The Twilight Saga: Eclipse” reunites Bella, Jacob and Edward in what is sure to be box-office gold.  The last film grossed more than $140 million opening weekend; my prediction tells me this film will gross even more. Avoid the multiplex at all cost unless you’re a twi-hard fan.

July looks to be action packed with the return ofAmerica’s favorite sci-fi creatures in “Predators” starring Oscar-winner Adrien Brody, Laurence Fishburne and Topher Grace on July 9.  I’ve seen the trailer and all I can say is that these new creatures have had quite a few upgrades and are out for blood. “The Dark Knight” director Christopher Nolan unleashes his new thriller “Inception” to audiences on July 16.  The film stars Leonardo DiCaprio, Ellen Page and Cillian Murphy.  The concept of the film revolves around the mind being the scene of a crime and looks to be a puzzling masterpiece full of great visuals.  Angelina Jolie returns to her roots as an action superstar in the film “Salt” due July 23.  Jolie plays CIA agent Evelyn Salt who may not be who she says she is.  The film also stars Liev Schreiber and Chiwetel Ejiofor.  Looks reminiscent of the “Bourne” series, but instead we have a woman in the lead role.

August looks to be the weakest of the summer boxoffice with only a handful of films hitting theaters.  For all those dance lovers out there, “Step Up 3D” is likely to take dance to new dimensions with eye popping choreography for viewers arriving on August 6.  America’s favorite sweetheart, Julia Roberts, returns to the screen in “Eat, Pray, Love” on August 13.  The film is based on the memoir by Elizabeth Gilbert.  Finally, for those who haven’t had enough 3D films for the summer already, you’re likely to be afraid to get back into the water after seeing “Piranha 3D.” These little carnivores creatures take over the town of Lake Havasu.  The film stars Elisabeth Shue, Jerry O’Connell and “Gossip Girl” alum Jessica Szohr.

Whether it’s the animated feature that brings you to the multiplex, the high octane action film or the highly anticipated sequel you’ve being waiting for, there’s something for everyone to enjoy this summer.  Start making your plans!