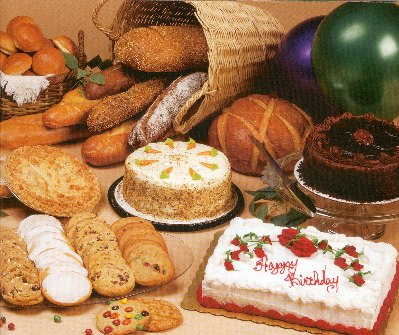 HOLLYWOOD—There is nothing like the smell of a bakery in the fall. While celebrities count their calories, they still know that the best bakery around is “Helena Wirth Cakes.” If you live in Los Angeles, you have heard of this amazing bakery, where you can treat yourself to some heavenly red velvet cupcakes, or order that special wedding cake. Well the Grammy-winning group Black Eyed Peas ordered a birthday cake there, and a wedding cake was even featured on “Desperate Housewives,” according to their website.

Now on the East Coast, some people can’t get enough of Carlos Bakery, in Hoboken, N.J. The popularity of this family-run business can be seen on the TLC hit reality show “Cake Boss.” Buddy Valastro is a polarizing, accomplished master baker, talented cake decorator and star of the reality show. He has baked cakes for Oprah Winfrey, Dylan Lauren, Rachel Ray and many more celebrities. He has been featured on “Good Morning America,” “The View,” “The Today Show” and HBO’s hit series “The Sopranos.”

Even on Labor Day the line to enter the bakery wrapped around the block. People were in line from as far away as Florida to Seattle, Wash. Is it the popularity of being on a reality show that draws crowds? Or are the pastries that decadent? A combination of both is the answer. A variety of decadent pastries fill the trays from Italian cookies to lobster tails to the infamous cannolis. Then the possibility of seeing stars, even reality stars, draws curiosity-seekers. The bakery doesn’t post prices on the pastries, at least we didn’t see them. As far as the merchandising goes, they have Carlo’s Bakery mugs, water cooler bottles, T-shirts and even DVD’s from the reality show.

Everything was flying high, until the shocker came when one of the cast members of the TLC show “Cake Boss” was charged with allegedly sexually assaulting a minor. Buddy Valastro’s brother-in-law Remy Gonzalez, 32, was taken into custody on August 18, and remains behind bars since nobody has posted his bail of $300,000. Remy is married to Buddy’s sister, Lisa, and the couple have a daughter, Isabella. According to a report in the Daily Record, a local newspaper of Morris County, N.J., an arrest affidavit filed in the case claims that Gonzalez had relations with a 14-year-old unidentified minor. According to the affidavit, he broke down and cried while confessing to the assault after being told the victim was going to be examined by a physician who would report any evidence of sexual abuse to the authorities. His first court date was on September 7, where he appeared wearing the yellow prison jumpsuit with his hands cuffed and his feet shackled.

Rose’s Scoop: One of LA’s best kept secret is the Terranea Resort in Rancho Palos Verdes, about 30 miles from downtown Los Angeles. This tranquil, secluded and private piece of heaven embodies the classic California lifestyle. Dining at the Cliffside restaurant Nelson’s could be enchanting, the name was taken from Lloyd Bridges’s character Mike Nelson from the classic television series “Sea Hunt,” which was filmed at the Terranea’s location.