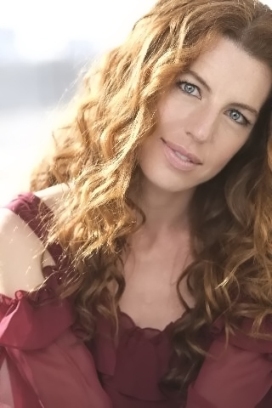 SANTA MONICA—Film star Tanna Frederick is an incredible actress who is often referred to as a showman. Her diverse body of work includes film and stage, and she’s one of the most striking beauties of all time. The Santa Monica-based actress invited me to her opening night at the Sierra Madre Playhouse near Pasadena for her debut in the title role of “Sylvia.” When hearing that one of Hollywood’s great beauties is excited to be playing a dog, it certainly makes me interested in seeing the play. Along with Frederick, the cast includes the recently relocated Cathy Arden, who lived in New York City for most of her career. Cathy plays Kate, the ever-suffering wife of a man, Frank Dooley, who without his wife’s permission brings a dog named Sylvia home to their NYC apartment. Frank Dooley is played by Stephen Howard, one of the greatest comedic actors of all time who is best known from the film “My Own Worst Enemy,” starring Christian Slater.

I’ve always been a fan of the town of Sierra Madre since seeing the original “Invasion of the Body Snatchers” from 1955. Gregory Harrison and I both pretended that we didn’t remember the original debut of the horror classic, and Jaglom mentioned that it was his brother’s favorite film. What occurred on stage between Arden, Dooley, Howard and Frederick was splendid chemistry, with great acting from all four players. The audience was transfixed on how Tanna was able to contort her body, raise the pitch of her voice and even strut her stuff, when she appeared on stage “in heat” and looking for a male canine playmate. Every cell in Frederick’s DNA speaks of her being the most versatile actress since the era of Ethel Barrymore and Bette Davis. Her amazing timing worked so well with all of her costars, and she put the entertained audience into a trance, with only a break in the room whenever there was laughter from one of her pivotal scenes. I hadn’t seen any actress command a stage like Tanna Frederick since the late Ethel Merman’s Broadway performances dazzled the Great White Way.

Arden, who is beautiful and warm, played a woman who was very jealous of her husband’s relationship with Sylvia. Her conniving was spot on in its depiction, and she seemed able to almost float on air as she felt so comfortable walking across stage. Howard is known as a great leading man, but he topped himself and every bit of previous work he’s done on stage, film and television. The role of a middle-aged man, who is sick of his life and finds love in man’s best friend, was spectacularly performed.

Frank Dooley would have been a better choice than Sally Field in “Sybil.” The handsome actor was virtually undetectable in all of his roles. When he played the rugged alpha male Tom, you felt like he was scraping his knuckles on the ground; when he was Phyllis, you felt like you needed a cigarette after listening to her; and finally as Leslie, you wanted to take a Prozac. All of his characters were performed with aplomb. He belongs on “Saturday Night Live.”

Tanna Frederick’s famous friends felt compelled to speak about her performance. Award-winning actor Gregory Harrison said of her performance, “She’s always so committed to every performance, to everything she does in her life and career she commits so fully. She’s amazing in this.”

“This is perhaps her best role yet,” said Diane Salinger, who also stars with Frederick in both the stage and film versions of “Just 45 Minutes From Broadway.” Adding, “I know you heard me laughing throughout the play, Tommy. But I could not help myself. Tanna’s sublime.” Director of “Finding Bliss” and “Just 45 Minutes From Broadway” costar Julie Davis summed it up by saying, “It was worth the traffic on the freeway to see Tanna and her play tonight. Her performance is so perfect. She has the dog character down perfectly.”

“Queen of the Lot” award winning editor Ron Vignone and his wife, artist Felicity Nove, left the theater in tears. They’d recently had to put down their beloved pet dog over the holidays and the poignant ending of “Sylvia” was so moving for the gorgeous couple. “Sylvia” receives Five and a Half Barks out of Five from this reviewer. Expect to leave the theater howling with glee.

Frederick and her costars in “Sylvia” will continue the performance until February 17. To book tickets and find show times go to sierramadreplayhouse.org.