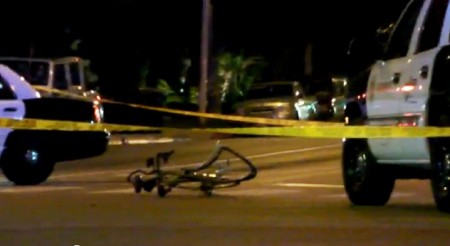 WEST HOLLYWOOD —On February 25, a young woman believed to be the driver of a vehicle in a hit-and-run incident that seriously injured a bicyclist was arraigned in federal court.

19-year-old Celine Mahdavi, who was 18 at the time of the accident, is believed to have left the scene on December 1; however, she pled not guilty to reduced charges in minor driving with 0.01 percent blood alcohol level. She has received a reduction in the seriousness of the charges.

The collision occurred at approximately 12:15 a.m. The accident victim was riding his bicycle downhill on La Cienega and traveling south past the intersection of La Cienega Boulevard and Holloway Drive when Mahdavi, who was traveling north of La Cienega, allegedly hit him with her vehicle. It is believed that she did did not remain at the scene.

The accident victim reportedly suffered serious injuries that required emergency treatment at a hospital’s intensive care ward; however, was expected to survive.

Mahdavi was reportedly taken into custody by deputies at Holloway and Palm Avenue shortly after the incident. The teen driver was originally charged with three felony counts of felony hit and run, felony D.U.I. under age 21, and felony D.U.I. The initial report indicated that Mahdavi’s blood alcohol levels were measured at 0.08.