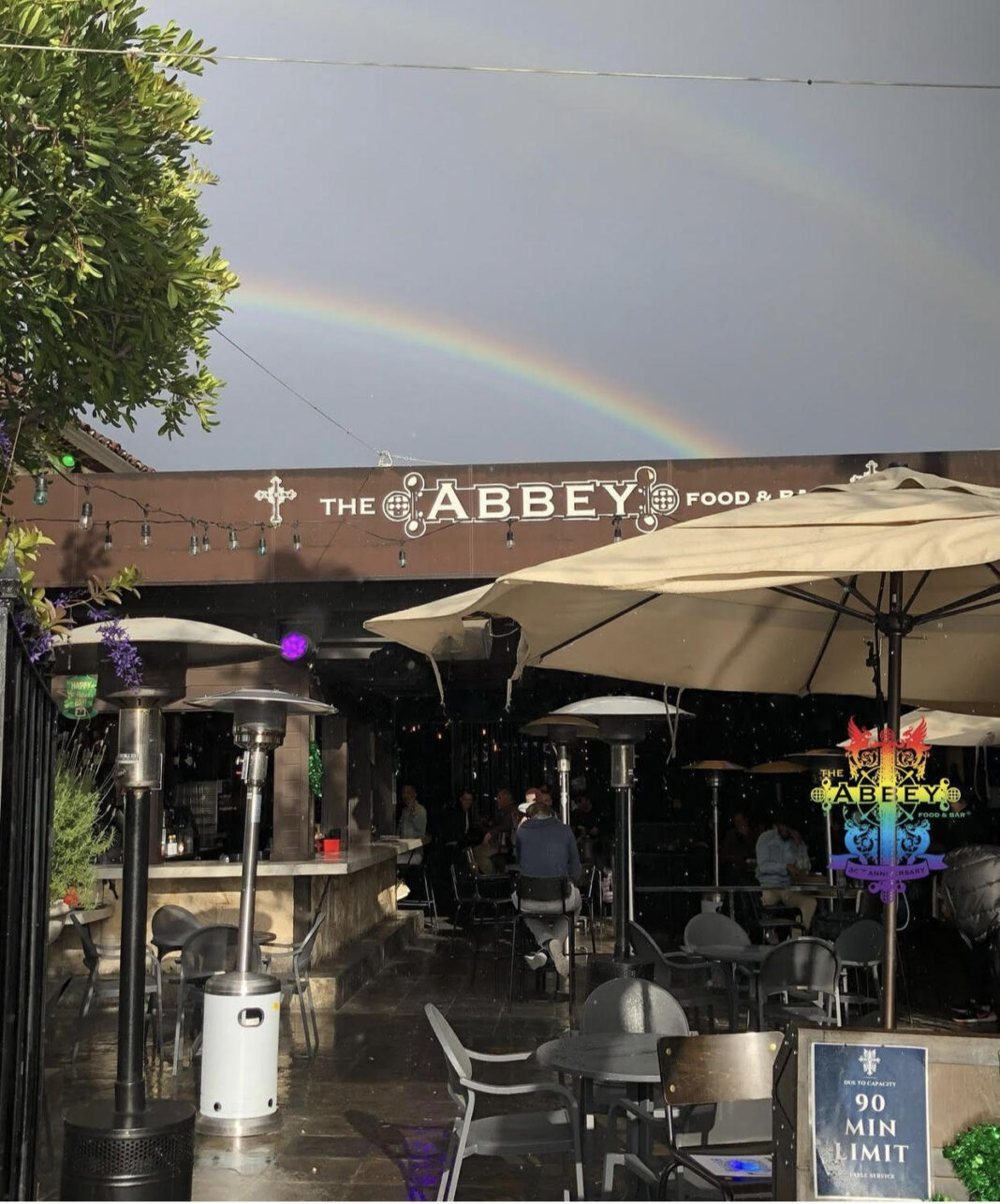 West Hollywood – Being a gay woman in West Hollywood, I find myself at The Abbey quite often despite it’s bad reputation for its history of sexual assault, theft, and overcharging their customers.

Over the weekend, I experienced not one, but two iPhones being stolen out of my purse while it was zipped up, hanging across my body. Friday, November 26, I was on the dance floor for five minutes when my girlfriend looked at me and said, “last time we were here (three months ago) your phone was stolen.” We laughed and I looked down to discover that phone number two was gone in the same spot, at the same bar, at the same time. It was like déjà vu.

That evening a few months ago, I posted a video to my social media telling my “followers” that my phone was stolen at The Abbey and because my info wasn’t backed up on iCloud, I needed to restore my phone numbers, so I asked everyone to send me their info. What I got along with some friends’ phone numbers was many people explaining that their phones and wallets had been swiped there as well. One friend told me she was drugged at the bar on her 23rd birthday so she, “wasn’t a fan.”

Flashforward to this past weekend. I am at The Abbey once again but this time I am more aware of my surroundings. Despite my attempt to keep a lookout, the bastards got me again. Friday night that started out perfectly ended with a two-hundred and fifty dollar transaction to get a new iPhone delivered to my house the next day.

Saturday I waited around, missing dinner plans so that my new phone could be delivered and set up with a tech from a smartphone insurance company called, Asurion. The nice man that came to help me out told me that he, “works in the area” and “everyone gets their phone stolen in West Hollywood and even people getting fanny packs around their chest are still getting swiped.”

When he was finally done setting up my replaced phone, I was confident that this one – my second iPhone replacement following a night at The Abbey was going to be stuck to me like glue. I didn’t plan on going back to the slimy bar, but being that I was outvoted, I was reluctantly back at The Abbey for the second night in a row last weekend. I was back to checking on my zipped-up purse every five minutes. It was the joke amongst the group for the night that my phone had to be watched at all times. Regardless of our efforts, the professional criminals that crawl through that establishment have their disgusting ways and stole my third iPhone that was purchased just four hours prior. Another two-hundred and fifty dollar transaction was made Sunday morning for yet another device.

I was shocked like many others when comedy writer, Haely White came out on social media telling her thousands of followers that she believed she was drugged by a bartender at The Abbey and wanted people to be aware. The post went viral and many called to “boycott” the bar. She followed up issuing a statement that retracted her original claim blaming the staff because there was no video footage to back up her accusations but what she called “an important additional detail” was video footage of her “collapsing off the seat at a booth” shortly after having her drink. White admitted that she continued to be “victim shamed” and that The Abbey originally tried to get her to agree to silence but she said no.

Something isn’t right… what I thought was a one-off occurrence of bad luck opened my eyes to the hundreds of online reviews on Yelp and Reddit that claim similar stories about The Abbey.

Martin M. on Yelp said that his phone was pickpocketed by “professional thieves.” He said, “These aren’t opportunistic thefts, because the team that steals the phone then uses an elaborate phishing scam to try and get your Apple ID. They take out your sim, get your phone number, then text you links pretending to be apple, sending you to a realistic site to enter your Apple ID. They’re LA based as the site they link you to shows a false map screen showing your phone has been found in downtown LA.”

Erin S. on Yelp: “If you’re a woman who is into possibly being drugged and assaulted, this is your bar!”

Olivia G. on Yelp: “Something terrible is going on at the abbey. Girls constantly get roofied here. Including me and my friend on Friday. Management does nothing.”

A video was posted to the popular app, TikTok by a girl who stated she was “projectile vomiting, couldn’t control her body” and was “shaking thirty minutes after her second drink” at The Abbey.

Emma J on Yelp: “The Abbey is not a safe place for anyone to be. When we went to the Weho Police Department on Monday to report the crime there were 4 other people reporting crimes ALL from the Abbey.  Every other person besides us had been drugged and left on the street robbed or sexually assaulted.”

L.J.F. on Yelp: “their “accidental” overcharges and “inaccuracies”  have really gotten out of hand.”

Olivia B. on Yelp: “My friend and I were roofied on Friday night, and someone stole my wallet.”

I could post many more examples, but I think you get the picture.

The Abbey has been deemed as the “best gay bar in the world” winning the award twice from LOGO. According to their website, the owner, David Cooley has been known to donate to foundations like The Trevor Project, helped found Gay & Lesbian Elder Housing and raised money for AIDS Project Los Angeles. In 2012, Cooley was selected to join President Obama’s LGBT Advisory Committee, hosting several fundraising events for the President. Cooley regularly hosts events and fundraisers for openly Gay and Lesbian Candidates for public office.

Being that Cooley seems like an advocate for the LGBT community, you would think he would have your back as a loyal customer to the “world famous gay bar” but evidently, he doesn’t. Raising money for the LGBT community is great, but what about the people in your own backyard? Cooley cares about good press, not the gay community or anyone else that walks through his bar because if he did, he would have done something – anything to stop this crisis that’s been going on for years.