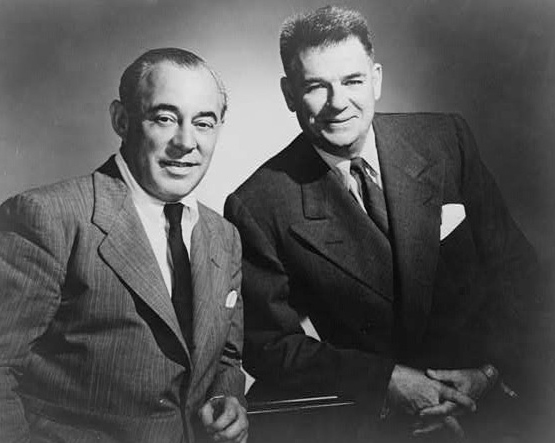 HOLLYWOOD —Rodgers and Hammerstein first got together to create the first musical in a currently deeply-explored genre, the musical play. They called it “Oklahoma,” and in it, fused Rodgers’s musical comedy with Hammerstein’s operatic background. Who knew that this collaboration would signify the first in a long stream of musicals, resulting in over 40 shows and film scores, including “On Your Toes,” “Babes In Arms,” “The Boys From Syracuse,” “I Married An Angel” and “Pal Joey.” “Oklahoma” was soon followed by “Carousel,” and then “Allegro,” “South Pacific,” “The King and I,” “Me and Juliet,” “Flower Drum Song,” “The Sound of Music” and “Pipe Dream.”

In addition to these Broadway musicals, Rodgers and Hammerstein wrote a musical specifically for film, entitled “State Fair,” and another specifically for television, entitled “Cinderella.” Although many of their Broadway musicals ended up on either the film screen or the television screen (winning them a total of 14 Academy Awards), they only wrote those two specifically for either of those mediums. Their most successful film was “The Sound of Music,” in 1965, which won Best Picture and is considered to be one of the most popular musical films ever made. After Hammerstein died in 1960, Rodgers continued to write for the stage, his first solo piece called “No Strings.” Although a few of his solo works were well-regarded, after his death in 1979, he has not been known as much for these as he has for his collaborations with Hammerstein. This collaboration signified the most long-standing, influential collaboration in Broadway history, and has not been paralleled since. Richard Rodgers (composer) and Oscar Hammerstein II (librettist/lyricist) were the most consistently fruitful and successful partnership in the American musical theatre. In addition to their enduring work, Rodgers and Hammerstein were also honored in 1999 with a United States Postal Service stamp commemorating their partnership.

WHAT: Join an impressive line up of artists as they come together to pay tribute to the legendary team of Rodgers and Hammerstein. The American songwriting duo consisting of Richard Rodgers (1902 – 1979) and Oscar Hammerstein II (1895 – 1960) are famous for creating a string of immensely popular Broadway musicals, during what is considered the golden age of the medium. Five of their shows were outstanding successes: “Oklahoma!” “Carousel,” “South Pacific,” “The King and I” and “The Sound of Music.” In all, among the many accolades their shows (and their film versions) garnered were 34 Tony Awards; 15 Academy Awards; two Pulitzer Prizes; and two Grammys. This, in spite of the fact that Rodgers and Hammerstein began writing together before the era of the Tonys – “Oklahoma!” opened in 1943 and “Carousel” in 1945, and the Tonys did not begin to be awarded until 1949.