BEVERLY HILLS—It was time to test the waters to see exactly what we can expect for the 2021 Awards season as the Golden Globe ceremony transpired on Sunday, February 28. We already knew things would not transpire as they occurred in the past. Hosts Tina Fey and Amy Poehler appeared in two different places. Poehler appeared in  Beverly Hills at the famed Beverly Hilton Hotel, while Fey, was live from the Rainbow Room in New York, but neither had that notorious audience of celebrities to feed off of in terms of energy.

It was different, very different America, with stars appearing virtually from their homes, hotels and all across the country. There were some people in the actual audience and that was needed showing praise to first responders and nurses. At least Fey and Poehler weren’t afraid to tackle the latest controversy with the Golden Globes lack of diversity with its membership. Jokes about TV vs. film were highlighted as the quarantine warped our perception of entertainment. The ladies even joked about the lack of serious in awards showing getting another dig at the Hollywood Foreign Press for a lack of inclusion.

I will admit the jokes were ok, they were not epic and that’s a result of not being in person people. The first award of the night for Best Supporting Actor in a Motion Picture went to Daniel Kaluuya for “Judas and the Black Messiah.” This was a big award for Kaluuya whose performance in the drama was exceptional. He was speaking and could not be heard. So it was a welcome gaffe, but he returned polished and delivered a warm speech.

The prize for Supporting Actor in a TV role went to John Boyega “Small Acts. While Catherine O’Hara took home the Globe for Best Actress in a Comedy Series for her work on “Schitt’s Creek.” It was Jason Sudeikis who took home the prize for Best Actor for his work in the hit series “Ted Lasso.” Another speech worth highlighting for the night. 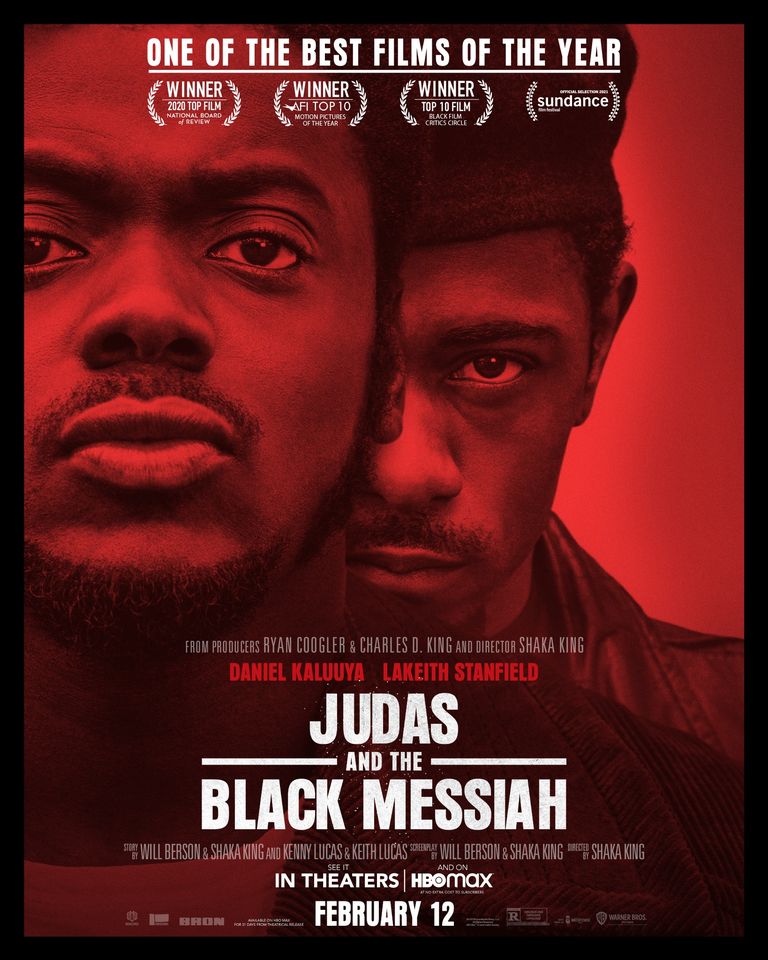 For Best Animated Motion Picture it was “Soul.” The HFPA addressed the lack of Black representation in their membership, which was brief, but actions speak louder than words people. The GG for Actor in a Limited Series, Anthology Series or TV Movie went to Mark Ruffalo for his riveting turn in “I Know This Much is True.” Fantastic performance by the actor. Great speech from Ruffalo people.

Aaron Sorkin won the prize for Best Original Screenplay for “The Trial of the Chicago 7.” If there is one thing you should KNOW about Sorkin is that man knows how to write an exceptional script and story. Sorkin’s speech about democracy and the riot on the U.S. Capitol on January 6 left me aghast. I was not expecting that. That skit with Maya Rudolph and Kenan Thompson was hilarious, a direct result of Rudolph primarily. That woman is hilarious, I’m so happy she will be back on “Saturday Night Live” as host on March 27.

Norman Lear was honored with the Carol Burnett Award for all his work in the entertainment industry, and I had no idea how impactful this man was on the small screen people. He has written for some major sitcoms, one’s that changed the dynamic of issues like race, sex, gender and so much more. Actress in a TV Drama was a victory for Emma Corrin for “The Crown.” For Best Actor it was Josh O’Connor who claimed the Golden Globe for his work on “The Crown.”

Diane Warren picked up the Golden Globe for Original Song from the film “The Life Ahead,” while “Soul” won for Best Original Score. Best Actress in a Supporting Role in TV went to Gillian Anderson for “The Crown.” When it came to Best TV Series Musical or Comedy it was “Schitt’s Creek” who took home the prize. Rosamund Pike was stunned with her win for Best Actress in a Motion Picture – Musical or Comedy for “I Care a Lot.” “Minari” won the award for Best Foreign Language Film. It has been a great night for “The Crown,” taking home four trophies including Best Drama Series.

Jane Fonda was honored with the Cecile B. DeMille prize for her illustrious career. I mean “Klute,” “9 to 5,” “On Golden Pond,” “Outlaw” the list goes on and on people this woman has been in amazing films. I love Jane this woman is a beautiful voice in Hollywood who is NOT afraid to speak her mind. This is a woman who talks the talk and walks the walk people.

“Halloween Kills” star Jamie Lee Curtis presented the Golden Globe for Best Supporting Actress in a Motion Picture to Jodie Foster for “The Mauritanian.” Foster was indeed shocked by her win, as I thought it might be the time that Glenn Close who has been heralded for her performance in “Hillbilly Elegy” might be victorious.

I thought with the ceremony being virtually things would move quicker, but it seems things were moving slower. I just don’t get it. Renee Zellweger presented the prize for Best Actor in a Motion Picture –Drama to Chadwick Boseman for “Ma Rainey’s Black Bottom.” Boseman’s wife was overcome with tears as she accepted the prize on behalf of her late husband. It was heartbreaking realizing this great talent is no longer with us.

It was a feat knowing that three women were nominated in the Best Director race and this was perhaps the biggest nail-bitter for me of all the categories, but it was Chloe Zhao of “Nomadland” who walked away with the prize, a short, but impassioned speech.

This skit from the characters from “Barb and Star Go to Vista Del Mar” was hilarious thanks to Kristin Wiig and Annie Mumolo. The ladies presented the trophy for Best Motion Picture – Musical or Comedy to “Borat Subsequent Moviefilm.” Good because if “Hamilton” would have won I would not have been able to understand it as it’s a Broadway play that came out years ago.

Indeed some surprises across the board and I love that in an awards ceremony so good job “Golden Globes.” We will get a stronger idea where things stand when the Screen Actors Guild Awards are passed out on April 4. Yeah, awards season is a bit all over the place this year America.