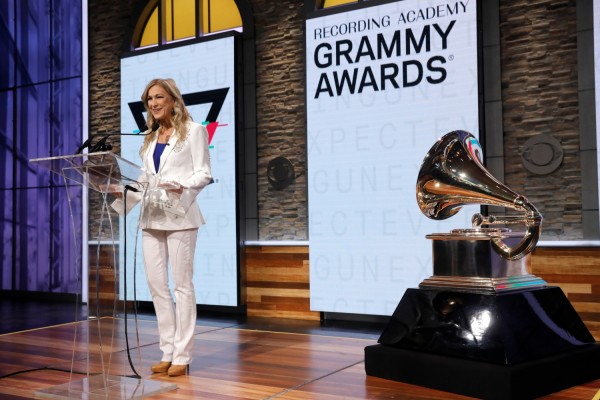 HOLLYWOOD—We all know that just about every industry has been affected by COVID-19, including the airline industry, which was probably hit the hardest. Perhaps, we are all ready to fast-forward to 2021. The 63rd Grammy Awards, will take place on January 31, 2021, at the Staples Center, recognizing excellence in music released in late 2019 and 2020.

On January 31, 2021, the GRAMMY Awards will be happening, rain or shine, COVID-19 vaccine or not. Because the show is still months away, whether or not there will be a live audience or red carpet will be determined and revealed closer to the big day, as the health and safety of artists, guests, crew and staff is always front of mind during every GRAMMYs.

So the first round of voting begins September 30, 2020. Music fans from all over the world will be able to watch the show live on CBS, where 84 categories of awards will be handed out the golden gramophones to the winners. One of the biggest days in music besides the show itself is the nominations announcement. Always a celebratory day for those nominated, the long days of hard work, that was put into the music, feels worth it-not only for the artists themselves, the artists’ peers.

Definitely a time to gather the crew on Zoom and pop the bubbly. The format of the show has not been announced. In 2019, the recording academy decided to expand the top four general field categories-Album of The Year, Record of The Year, Song of the Year, and Best New Artist- so there will be eight nominees in the top category instead of the previous five.

Let’s take a look at some of the best bets, Post Malone “Circles,” who topped the Billboard 200 for five nonconsecutive weeks, longer than any other album in this eligibility year so far. The Weeknd,  “Blinding Lights,” has another shot with his fourth LP, “After Hours,” which spent its first four weeks at No. 1 on the Billboard 200.

Fiona Apple has a shot her fifth album reached No. 4 on the Billboard 200, just one spot below her 2012 album, “The Idler Wheel.” “Fetch the Bolt Cutters” has very good odds of winning, it was released on April 17, 2020 on Epic.

Apple who released her very first album in 1996, was nominated for Best New Artist at the 1998 ceremony, but has not been recognized in any of the other general-field categories since. Then we have Harry Styles, who has yet to receive a Grammy nomination as a solo artist or as a member of One Direction. However, “Fine Line,” his second solo release, not only spent its first two weeks at No. 1 on the Billboard  200 but also prompted Stevie Nicks to tweet: “Way to go H- it is your Rumours.” That was the classic that won Album of the Year in 1978. Dua Lipa, with “Future Nostalgia,” was released by Warner Records on March 27, 2020. She’s a two-time Grammy winner, but has yet to be nominated for Album of the Year.

“Folklore” by Taylor Swift was released on July 24 on the Republic label. She has won 10 times including two Album of the Year victories for “Fearless” and “1989.” Swift’s eighth studio album is also critically-acclaimed, with a Metacritic Score of 88. Folklore will most likely give Swift her fourth nomination for Album of The Year, and of course if the stars align right on January 31, she would likely walk away as the most awarded female artist for Album of the Year in Grammy history.

Rose’s Scoop: Can it get any worse for Larissa Do Santos Lima? She recently got fired from “90 Day Fiance” for participating in a lingerie show.