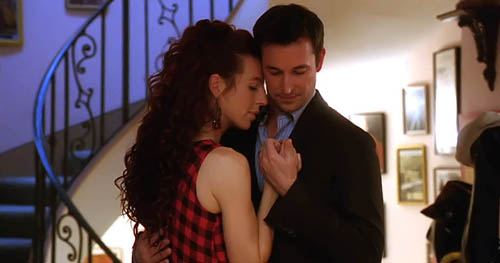 BEVERLY HILLS —This week Hollywood prepared for the biggest summer blockbusters and greatest films to be released, Jennifer Aniston made a shocking switch, the Edgemar Theatre in Santa Monica is making history, Kate Gosselin finally got the ax and lots more happened in the industry.

With movie releases being set this week, some of the studios biggest blockbusters announced their release dates. Also, Jennifer Aniston who will star in the summer flick “Switch,” says she’s interested in directing now, after years of being an actress. With films like “The Bounty Hunter” and “Marley and Me” under her belt, my friend Jen Aniston is ready to go behind the camera and direct other thespians in their scenes. Jen is known as one of the most talented, beautiful and kindest ladies in Tinseltown, so she’s definitely on my short list of directors I’d love to work with. Tanna Frederick, who stars in the most highly anticipated film in August “Queen of the Lot” tells Canyon News, “If anyone can act and direct, it’s Jennifer Aniston. She can do it all.” Tanna added, “The one thing I’d love to do that I haven’t yet, is appear in a role on ”˜All My Children.’ Susan Lucci is the ultimate daytime diva and my mom has watched her from the early ’70s and loves Erica Kane. I’d love to do a stint on that soap. Everyone seems to be doing soaps now.”

David Hasselhoff who played Dr. Snapper Foster on CBS’s “The Young and the Restless” from 1975 to 1982 and was the lead star in “Knight Rider” in the ’80s and “Baywatch” in the ’90s will be returning to his original role on “Y&R” confirms a show representative. After Julianne Moore returned to “As The World Turns” on April 5, a role which garnered her an Emmy win in the 1990s, and James Franco enthralled ABC viewers on “General Hospital” earlier in the year, it seems as though soaps are the must-have roles for prime time and movie stars in the future. Hasselhoff will begin airing in mid-June in a dramatic storyline arc being written by Bel Air resident and show producer Maria Arena Bell. Hasselhoff’s character’s sister on the soap is no longer being played by Brenda Dixon, but by one of the most talented actresses in television, Jess Walton. Fans can hardly wait to see the scenes between the on-screen siblings.

Hollywood has a huge summer planned this year for moviegoers. On May 14, the first epic of the season debuts in “Robin Hood.” This film stars Oscar-winners Cate Blanchett and Russell Crowe. The two gifted Aussies are incredible in this film, as they are in everything they appear in. Only Russell Crowe could top the Errol Flynn version from 1938. The story that has been told so many times that many critics were concerned that it would be impossible to make a realistic story once again is probably better than the original, as hard as that is to believe. In the year of Tea Parties being so popular, I’d say this 13th Century English folklore is going to become a bigger hit than anyone imagines. Jake Gyllenhaal ends the month on May 28, with his fascinating epic “Prince of Persia: The Sands of Time.” Can’t forget “Shrek Forever After” on May 14, which every child in America and across the globe plans to see.

In June, there are the regular stars we see in summer films. However, this year expect Will and Jada Pinkett Smith’s adorable son Jaden, who really hates it when I call him adorable, to blow out all the competition. “Karate Kid” I predict will become the biggest film of the month on June 11, when the story of a kid who moves to China and is bullied into becoming a great warrior and learning that love and honesty are the best personal qualities in life, not being a bully or being popular. This is a film all parents of children who are at the age of being bullied or becoming bullies should take them to. Expect to find yourselves crying with joy at the end of the film. “Toy Story 3” opens on June 18, and the tween sequel “Eclipse” will debut on June 30. Because it starts on the last day in June, it won’t be June’s biggest box office, but will be the biggest opening week since December 2009’s weekend opening of “Avatar.”

In July James Cameron plans to re-release “Avatar” with added minutes to the story. The film’s DVD release was on April 22. Also in July, on the 23rd Angelina Jolie returns to the big screen in perhaps her best role yet. She plays an American CIA agent accused of being a double agent for the Russians and she is most mesmerizing on the screen and the script is really well written. July 2, young boys will want to drag their parents to the theaters to see “The Last Airbender” and on July 16, Leo DiCaprio shows the world he’s one of the best movie stars of this era in “Inception.” The film is directed by Christopher Nolan and will be on DiCaprio’s Oscar nomination ballot for sure!

In August the theaters belong to the ladies. Jennifer Aniston stars opposite Jason Bateman in “Switch,” which opens on the 20th. This is going to be a defining film for the star, who plays a single woman who decides to be inseminated by someone other than her best friend in the film, played by Jason Bateman. It’s a hilarious film and will have Aniston devotees wondering how much is based on the beauty’s real life? Julia Roberts comes roaring home to Hollywood in Ryan Murphy’s “Eat Pray Love.” This is a film that the actress admitted to packing on seven pounds while filming in Rome. She says she couldn’t stop eating at all the elegant Roman restaurants. It also stars Oscar-winner Javier Bardem. Last but certainly not least is Henry Jaglom’s “Queen of the Lot,” which stars the modern-day Myrna Loy styled actress Tanna Frederick opposite the William Powell styled actor Noah Wyle. This is such a great pairing of a leading man and woman that each scene is crackling with intense on-screen chemistry and raw talent. “Queen of the Lot” is the sequel to the 2006 Rainbow Films production of “Hollywood Dreams.” Margie may have just arrived from Iowa with a dream, but all of her nightmares may become a reality as she becomes the Bette Davis of the studio she is now employed. I get a chance to play a Canyon News reporter in this film, which will be released in August.  Getting to work with the great Henry Jaglom, the talented and beautiful Tanna Frederick and the immensely talented Ron Vignone was and is a dream come true.

Harriet Schock tells Canyon News, “During the weekend that’s dark for the play [Sunday, May 16], Henry Jaglom has generously offered me the space to have my CD concert at the Edgemar. I get to release my CD and have a concert on the set where we do the play [“45 Minutes From Broadway”]. The room only seats 99 people, so if anyone is interested in coming, please let me know if you want to come as soon as possible. I have to have names on the reservation list. I’ll be performing some of the songs from my new CD, “Breakdown on Memory Lane,” as well as others. Tommy, I’ll have along my fabulous band, which includes, Joe Lamanno on bass, Herbie Katz on harmonica, Kelly DeSarla on flute, Andrea Ross-Greene and Pam Maclean doing vocals. You know how excited I am to have Henry do such a generous thing for me. He’s always trying to help others,” says Schock. To contact Harriet, go to her website at HarrietSchock.com. If you are in town, the cost for the CD release concert will be a $5 cover charge at The Edgemar Center for the Arts which is located at 2437 Main Street.The concert event starts at 7 p.m. You can RSVP by sending Schock an e-mail at harrietschock@earthlink.net or info@edgemar.com.

Henry Jaglom confirms that Golden Globe winning actress Karen Black will be taking over the role that Diane Salinger brilliantly played in “45 Minutes From Broadway” on May 21. Salinger created a unique and unforgettable character in Vivien Cooper and fans are going to miss her in the play. Black is now in rehearsals with her cast and looking forward to taking over the matriarchal role in the most hilarious and brilliant play which has ever played at the Edgemar. Tanna Frederick says, “I will miss Diane so much. She has in many ways become like a second mother to me. I’m also equally as excited to see Karen step into the role, as she’s unique in so many ways also.” The play has yet again been extended and is running until August 2010.

This week Kate Gosselin was finally voted off “Dancing With The Stars.” Kate was extremely emotional when she was given the boot by the judges, but fans have been wondering how she could have survived on the show as long as she has. I will say, Kate has proved that mothers can also be working women, something women have been battling for decades to prove. Now she’s going to began her book tour and filming her new TLC series “Kate Plus 8.”

Next week on television expect Bradley Bell to entertain “B&B” viewers when Bill steps in to help his sister in-law Donna and Bridget finds herself in jeopardy. On “Y&R” Victor performs a selfless act to protect his children, while on “ATWT” Janet gives Dusty some unwanted news. MTV’s season premiere of “The Hills” airs on Tuesday night and on Sunday night, “Happy Days” star Marion Ross is back as Nora’s mom on ABC”˜s “Brother’s and Sisters.”

The First Anual TCM Hollywood Film Festival kicked off on Thursday night at Grauman’s Chinese Theatre with an all star party at the Roosevelt Hotel in Hollywood.  Look for a report on this weekend’s events next week.

See you next week!