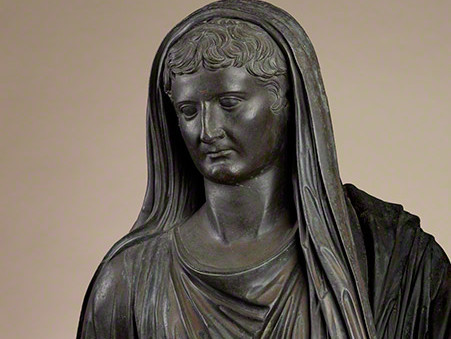 PACIFIC PALISADES—Since October 16, the sculpture of the Roman emperor, Tiberius, has been on display at the Getty Villa in Pacific Palisades.

The Tiberius sculpture was originally discovered in 1741 during the excavation of roman cities that were affected by the eruption of Mount Vesuvius. The most notable city effected by the Vesuvian eruption in 79 A.D. being Pompeii, which contained the preserved bodies of roman citizens trying to escape the horrific event; however, Pompeii was not alone.

The sculpture was discovered in the ancient city of Herculaneum; which is present-day Ercolano; it sits at the base of Mount Vesuvius. Tiberius ruled as Rome’s second emperor and chief priest from 14 A.D. to 37 A.D.

The Getty Villa offers free admission, but you have to visit their website, and access the ‘plan your trip’ page to order your tickets in advance to secure your admittance into the museum.