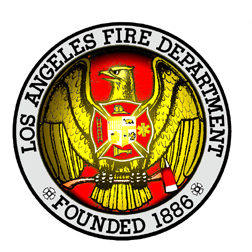 According to LAFD Spokesman Brian Humphrey, these scam artists choose to disguise themselves as “official” inspectors acting on behalf of the LAFD. Once inside a business, they ask an employee to sign a form allowing them to go ahead with an “inspection,” which is then followed in the days or weeks after, with a statement demanding payment for the service.

These statements will typically threaten the business with penalties if payment isn’t received. Making it worse is the fact that these scam artists lead business owners to believe that they are indeed up to code.

Canyon News spoke to LAFD Spokesman Brian Humphrey via email, who noted that these payments demanded may reach well into hundreds of dollars.

When asked by Canyon News how many businesses a year are affected, Humphrey indicated he was not able to answer with certainty.

“We sadly have no way of accurately tracking that number, as many go unreported,” he said.

Because of this, LAFD encourages residents to take a few steps to prevent being scammed. The best way of thwarting a potential con is to ask for identification from the inspector. Fire officials will have government-issued IDs and their badges to show residents on top of their uniforms displaying their names clearly.

“LAFD personnel are pleased to provide multiple ways for anyone to confirm their identity,” said Humphrey. LAFD inspectors do not charge fees for these kind of inspections.

In the case that a scam is suspected, people are urged to contact their local police and fire department immediately.