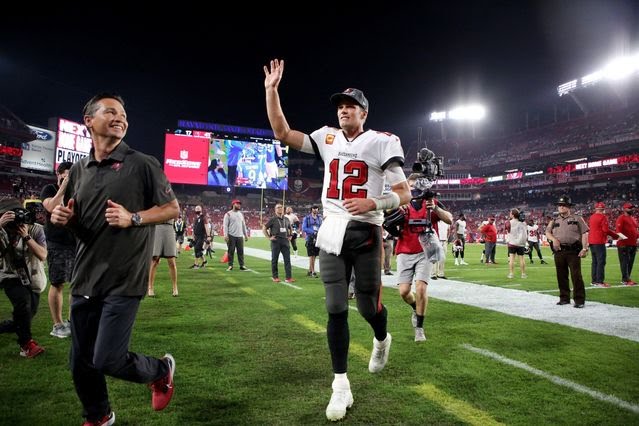 TAMPA, FL—After 22 years in the NFL, legendary Quarterback Tom Brady retired on Tuesday, February 1 via Instagram. At 44, the Tampa Bay Bucs player is considered the greatest football player of all time (GOAT). He is in the rarefied air of great American athletes; the pantheon of legendary sports figures such as Babe Ruth, Michael Jordan and Muhammed Ali.

“I have always believed the sport of football is an ‘all-in’ proposition — if a 100% competitive commitment isn’t there, you won’t succeed, and success is what I love so much about our game,” Brady wrote.

He retires as the NFL’s all-time leader in passing yards, passing touchdowns, quarterback wins in both the regular and postseason, Super Bowl appearances (10) and Super Bowl victories (7).

It’s fitting the Rams got a slice of revenge after Brady beat the Rams twice in the Super Bowl, once in St. Louis, the other in Los Angeles.

Brady’s statement thanks the Tampa Bay Buccaneers organization, Head Coach Bruce Arians, General Manager Jason Licht, fans and others involved in his career throughout the past two decades. He did not mention the New England Patriots in his statement. Not head coach Bill Belichick, Patriots owner Robert Kraft, the millions of Boston fans who idolize him more so than other Beantown sport luminaries like Larry Bird or Ted Williams.

He spent 20 years with the Patriots, earning six Lombardi trophies with perhaps the greatest dynasty in professional sports history. He had a strained relationship with Belichick, who never coddled the superstar QB.

His family played a huge role in this decision. “It pains her to see me get hit out there,” he said during a podcast last week. “And she deserves what she needs from me as a husband, and my kids deserve what they need from me as a dad.”