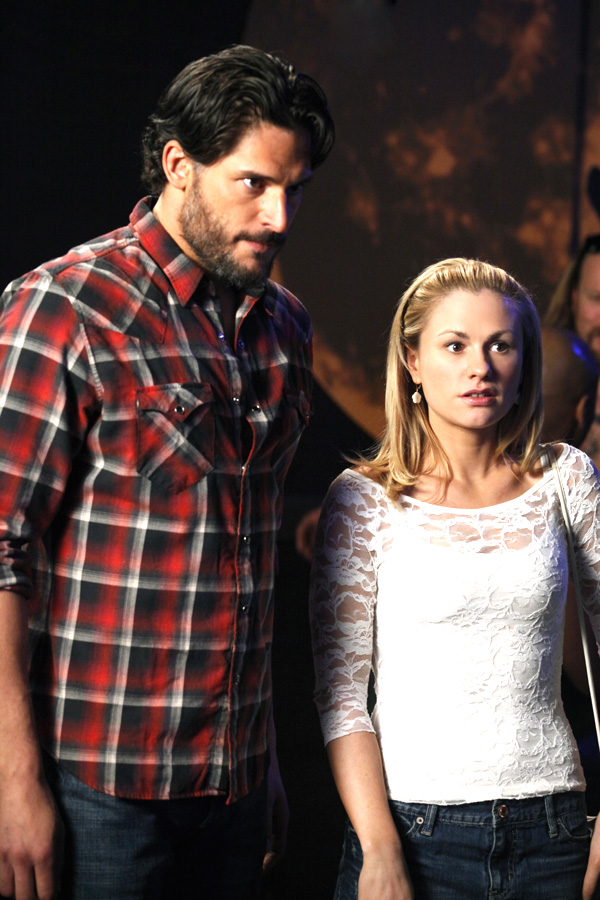 HOLLYWOOD—On Sunday night “True Blood” took an amazing turn in mid story and by the end of the episode, fans and viewers were shocked by what they saw. As Sookie continued her mission to find the man she loves, Bill, it led her to a handsome stranger named Alcide, who is a werewolf. When the episode began, Eric took a bullet meant for a vicious wolf, who was on a mission perhaps to kill and destroy Sookie. Luckily the handsome Viking vampire was there to save her and she’s also packing heat. Alan Ball has made viewers jump with joy and excitement again. The summers are exciting for Truebies because they get to see the action that they have grown to love.

Though the new season is especially bloody, the storylines are much more exciting. Whoever thought that after a maenad Bon Temps could get any scarier? In addition to Sookie’s quest and meeting a handsome hunk that is by her side to protect her, her brother Jason has a new mission in life. He wants to become a cop. He’s about the only one in Bon Temps who considers law enforcement a good career. Sheriff Bud Dearborne after finding another body, this one headless decided he’d had enough. Bud quit and gave deputies Andy and Kenya his badge, gun and some not so nice words before departing the scene of the crime.

Jessica’s alone and like any teenager, she’s making a lot of trouble. The body her boyfriend Hoyt found belongs to the man she accidentally murdered while feeding on him during a vampire feeding frenzy. Jessica also met the evil psychotic vampire who has taken an interest not only in Jessica, but also in Tara. Tara is spiraling out of control and Eric made a proposition to Lafayette that he simply could not refuse.

The flashbacks this season have been amazing. Now we are learning even more about our favorite vampires, but Bill’s flashbacks were very poignant. He remembered coming home to bury his son and ultimately “glamoured” his wife into forgetting she even saw him. Lorena’s hold over Bill was powerful back then, but may have become even more powerful now.

By the end of the episode, Bill and Lorena were making love, or should I say having sex? There was no love in it whatsoever. Fans were shocked, critics were asking themselves, if that scene was too much. I say it’s typical Alan Ball. The creative genius knows how to make us ask the questions, while keeping his show relevant. Mr. Ball learned what Bette Davis long ago said, “I don’t care what they write about me as long as they spell my name right!” Ball is not just doing such dramatic twists for effect. He’s doing it because he wants to make “True Blood” as exciting as possible. I say he’s winning that battle.