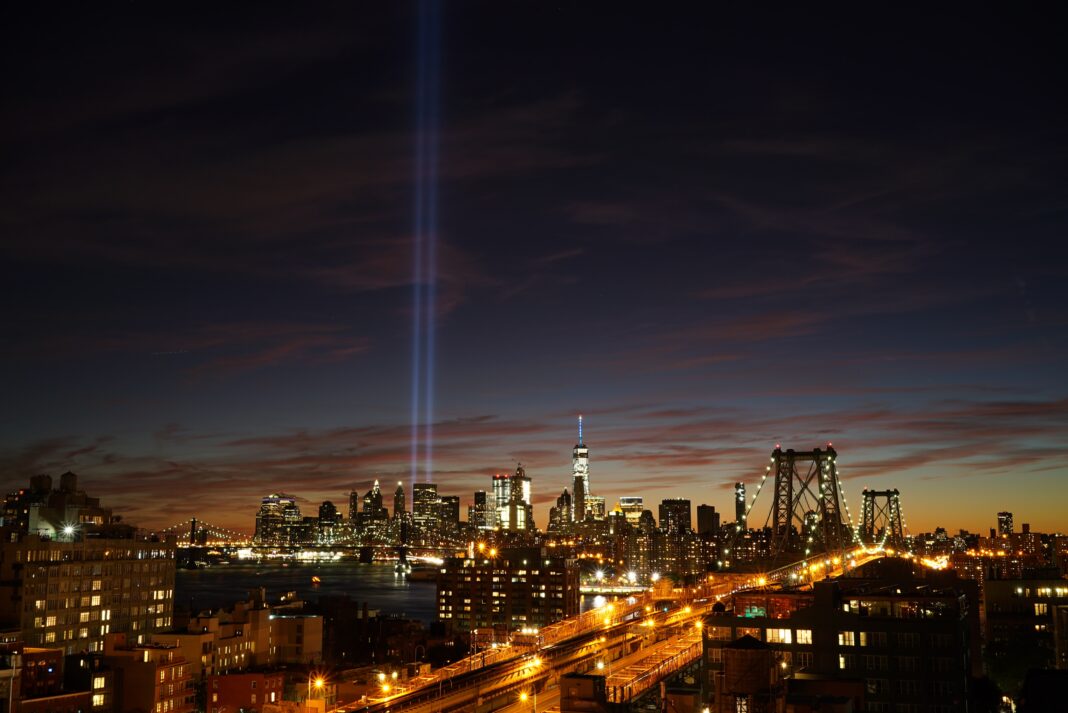 NEW YORK—Saturday, August 15, Governor of New York, Andrew Cuomo announced on Twitter that the 9/11 Tribute to honor the lives lost on September 11, 2001 in a terrorist attack that was canceled due to COVID-19 is back on.

9/11 Memorial & Museum originally stated that the annual memorial in Lower Manhattan will not happen this year due to COVID-19 safety precautions stating that health risks are “too great” for crew members, but with the help of the Tunnel to Towers Foundation, the NYC tribute will proceed as it has in past years.

When Memorial & Museum announced that they were canceling the historical event, Tunnel to Tower Foundation stepped in to ensure that they could put it on themselves. Frank Siller, CEO and brother of victim on 9/11 stated, “We got this! We are going to make sure those two big beautiful beams of light that represent the loss on 9/11 will be shining this year at Ground Zero.”

He said, “We are hiring electricians from Broadway, that have been out of work for a while. We have electricians that assembled it in the years past that will be helping us and we have a professional company that will be overseeing the whole project.”

Acknowledging that COVID-19 is still a risk he said, “Masks are not so difficult. We can make sure we have correct social distancing. Construction workers have been back to work in phase 2 and we are in phase 4 so it’s not so hard to keep them safe.”

Family members will read names aloud of their loved ones at Liberty and Church Streets.

Cuomo who originally didn’t see the cancelation as unacceptable is now providing “health personnel & supervision so that @Sept11Memorial can mount the Tribute in Light safely.”

Cuomo stated, “This year it is especially important that we all appreciate and commemorate 9/11, the lives lost, and the heroism displayed as New Yorkers are once again called upon to face a common enemy.”

9/11 Memorial & Museum updated the public on Twitter August 15, stating, “With gratitude to our Chairman Michael Bloomberg and Gov. Andrew M. Cuomo we will be moving forward with Tribute in Light.”  They also thanked Cuomo and Lower Manhattan Development Corp for, “offsetting the increased costs associated with health and safety around the tribute.”

Mayor of NY, Bill de Blasio who was seen painting the streets with BLM protesters in front of Trump Tower in recent weeks has stayed silent throughout the conversation of the tribute.

If you want to donate to the foundation visit, tunnel2towers.org