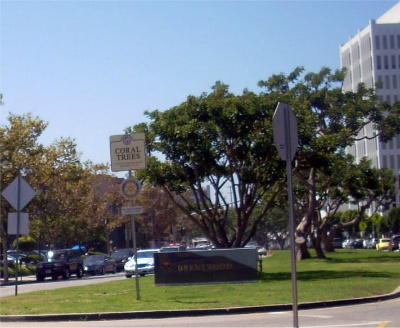 BRENTWOOD—Brentwood crime data reported from the beginning of 2012 up until Wednesday, January 11 confirms that police are cracking down on burglars who in December became increasingly bolder about breaking into private property.

Only one January burglary incident has thus far involved breaking into property. This occurred during the early morning of January 7 at a business on the 11700 block of Wilshire Boulevard, where unknown suspects smashed the front window and took eye glass frames. The other January incident was a distraction burglary three days prior in which cash and jewelry were taken. Witnesses describe the suspect involved as a 25-year-old Hispanic male standing at 5 feet, 3 inches and weighing 160 pounds.

But between December 25-31, suspects resorted to cutting open a wall, smashing windows, prying open and kicking in doors in order to steal sun glasses, handbags, a stereo system, a firearm, laptops, an iPad, an XBox, cash, watches and jewelry. West Los Angeles Senior Lead Officer Phillip L. Enbody told Canyon News that a number of arrests have been made in connection with these burglaries and that police are looking at some other suspects as part of what is an ongoing investigation.

Enbody said that burglars who are taking cash and jewelry are not the same ones who are taking bicycles. While burglars have always forced open doors and windows, some burglaries are connected based on how suspects have entered private property, what they did while inside and what they ultimately took, he said.

If these low burglary numbers maintain, January will mark one of the most recent safest periods as far as property crimes are concerned. There were 24 such incidents reported in December, and this number was at 26 the month before that. To put it in perspective, the per-week average for the past three months has been 15 reported burglaries. Whether this changes remains to be seen until the end of the month.