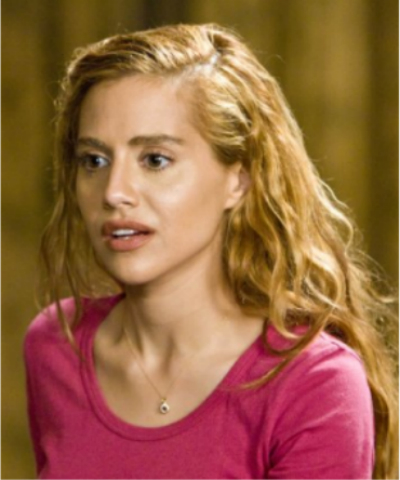 HOLLYWOOD HILLS—On Wednesday, January 11, a man who claims to be actress Brittany Murphy’s biological father filed a lawsuit against the Los Angeles Coroner’s Office and the LAPD in order to obtain samples of her body hair to have independently tested for poisons, toxins and heavy metals that may have killed her.

In the suit, Angelo Bertolotti questions whether Murphy, 32, died of pneumonia and other factors in late 2009, as the coroner’s office claimed, because toxicology reports were deliberately not conducted on her hair despite his repeated requests. Bertolotti said he paid to have hair preserved for five years from his daughter’s head, face and arm, including a weave extension, so that he could later have them analyzed.

Another claim Bertolotti makes in the lawsuit is that police did not fully investigate her death. He says they did not interview witnesses or potential persons of interest. But Murphy’s autopsy report states that police talked to her husband and mother so as to learn details about the events preceding her death and her medical history.

Sharon Murphy, Brittany’s mother, also questions the official cause of her death. In late 2011, she filed a lawsuit against her attorneys, claiming that they did not tell her she agreed in a settlement not to sue the builders of the actress’s Hollywood Hills home for wrongful death related to its mold, which was not found during her autopsy. She initially doubted mold was at fault.

According to the autopsy, Murphy died of pneumonia, which was compounded by anemia and an iron deficiency. The report states that the anemia increased her body’s vulnerability to infection as well as resulted in her experiencing shortness of breath, feeling tired and lightheaded 10 days before she died. This itself was caused by an iron deficiency created by a history of very heavy menstrual bleeding.

Her blood contained prescription drugs including hyrocodone, acetaminophen, chlorpheniramine and l-methamphetamine, not to be confused with the illegal kind. “The possible adverse physiological effects of elevated levels of these medications cannot be discounted, especially in her weakened state. Therefore the manner of death is accident,” Lisa A. Scheinin, deputy medical examiner, said in the report.

Murphy’s widower Simon Monjack, 40, died in the same house five months later. According to Monjack’s autopsy, he also died of pneumonia. His family noted that he experienced nine bouts of the illness earlier that year. The coroner’s office said that a contributing factor in his death was ardiomegaly with myocardial fibrosis, which involves the heart valve thickening by an increase in connective tissue cells. No mold was found during his autopsy either.