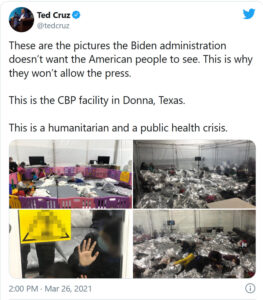 The Culberson County Sheriff’s Department reported that all individuals were taken into custody without incident  pending an investigation.

Yuma, Arizona Border Patrol agents arrested Juan Nunez-Tavarez, on June 17. Nunez-Tavarez is a registered sex offender who was charged in 2003 for indecency with a child and has been removed from the U.S. four times. According to a press release from the CPB website, he will be prosecuted for re-entry as a convicted felon and faces jail time.

“Human smuggling organizations continue to illegally push these vulnerable migrants across the border in the deserts and mountains of West Texas and New Mexico in 100 degrees plus weather placing their lives in danger. They often abandon these people in remote areas without food or water. It demonstrates just how little concern these criminal organizations have for the safety and wellbeing of the people they exploit,” said John Stonehouse, Director of Air and Marin Operations in El Paso on June 17.

Stonehouse’s response was related to an immigrant who sustained a heat-related injury near Sierra Blanca.

On June 16 at the Calexico, California port of entry, an illegal immigrant with prior convictions for sexual assault was apprehended by border agents assigned to the El Centro Sector. Records indicate the individual was convicted by an immigration judge and removed from the U.S.

On June 16 Culberson County officers along with DPS officers found a 15-year-old female immigrant abandoned in the West Texas Desert. 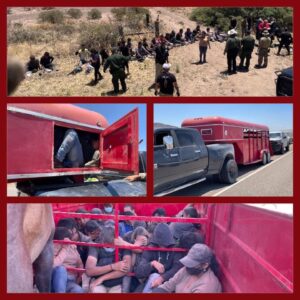 On June 15, Culberson County Sherriff’s Office reported a vehicle with a U-Haul trailer in a vacant lot behind a McDonalds. Border patrol officers discovered 35 illegal immigrants inside, where 12 were taken to Culberson County Hospital to be treated for dehydration. There were no reports of casualties. Sheriff Oscar Carrillo advised that the driver be taken into custody and be charged by federal prosecutors.

On May 21, agents discovered two immigrants; one was alive and the other, a 31-year-old man was deceased. According to the Culberson County Sheriff’s Office, this is the seventh death of an immigrant trying to navigate their way to the U.S. in the heat.