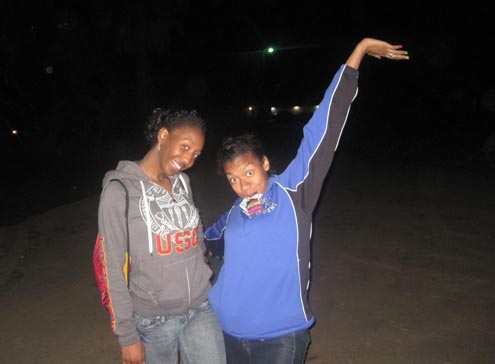 WESTWOOD—It’s common knowledge that when it comes to UCLA and USC, there is not much love between them. They are both the premier universities in Southern California and known worldwide. One is a football powerhouse, while the other leads the nation in total national championships. The schools are right across town from each other and every year compete for the same recruits and the same recognition. Some people might even go as far as to say the two schools hate each other. The UCLA football players sure feel that way after watching the Trojans run up the score after a hard fought game at the Coliseum in December, or the UCLA Women’s basketball team, still fresh from a seven point loss to the Trojans, then had to listen to first year head coach, Michael Cooper, start off his postgame press conference by saying  #@$% UCLA. You might even say there is some sort of rivalry going on between them.

With all this animosity going on between the Bruins and the Trojans, you would think it’s safe to say that there is no way bitter rivals, like these two colleges, could ever find some sort of common ground, or dare I say, actually like each other.

Logically, that would be the right assumption, but believe it or not there is something UCLA and USC share common ground, and that is religion.

There are many different religious sects out there, each with their own set of history and traditions, but for this unlikely companionship, their mutual love of God brings them together every year in January for a retreat put together by Athletes in Action. This organization is a Christian group found on many college campuses in the country and all over the world. Once a week these athletes meet to learn more about their faith or sometimes just to find support for some of the stress and frustration that comes along with being a student-athlete. Once a year the athletes get a chance to get together with other athletes who are a part of Athletes in Action in other schools in their region, and  for the past few years the universities in Southern California have been gathering in San Diego. This place is one of the few places Trojans and Bruins can be seen in the same setting without some confrontation going on. Instead they spend time enjoying each other’s company.

“I really enjoyed the retreat. Something about being away from school and practice and being with other believers is so inspiring. We are all from different schools, different sports, and have different stories, but the companionship that comes from serving the same God is something that is indescribable”¦I am so glad that I was able to share this weekend with so many other amazing people,” said Junior Track and Field athlete Ashlea McLaughlin.

Religion is a source of controversy around the world and a lot of pain has been caused because one group of people believes one thing and this group believes another. Everyone has the right to believe what they want, but if there is something that can bring two rivals who dislike each other like UCLA and USC to love each other, it can’t be all that bad.