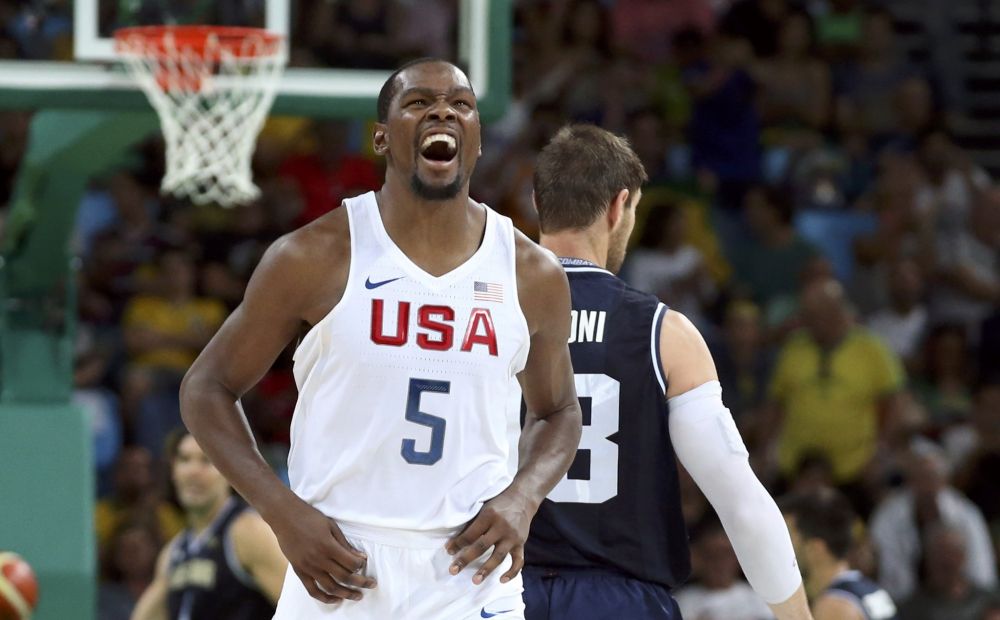 RIO DE JANEIRO, BRAZIL—The United States Men’s Basketball team faced intense scrutiny in their quest for a third consecutive gold medal, after narrow victories over France and Serbia this weekend in Pool Play. Entering Wednesday’s single elimination quarterfinal, doubts lingered on whether this group could bring home the gold. At least for one day, they can take a sign of relief, routing Argentina, 105-78, to advance to the semi-finals on Friday.

The U.S. was led by Kevin Durant, scoring 27 points on 9 for 13 from the field, including seven 3-pointers. Paul George, DeMarcus Cousins and Carmelo Anthony scored key buckets, demonstrating their superior athletic ability.

Argentina led by 10 points early in the first quarter, but the Red White and Blue went on a 16-2 run to close the quarter, and never looked back. Argentina is the last team to defeat the Americans in the Olympics, capturing gold in the 2004 Athens games.

Argentina was led by Luis Scola, who scored 15 points, and Manu Ginobli, who added 15 in defeat. Scola and Ginobli are part of the, “Golden Generation,” the remaining players from the 2004 squad.

Team USA played with an edge; tenacity, defense and ball-movement were the pillars to victory. It was their best effort of the Rio games this far, holding the Argentinians to a measly 38 percent from the field.

“The focus is always there, but you have to turn it up to another level,” said Carmelo Anthony.

The game slowed in the fourth quarter. With the United States firmly in control, the fans waged a Brazilian soccer chant vs. Argentina’s own and it got LOUD! Think Dodgers vs. Giants for those not familiar with heated international  rivalries.

The festive atmosphere was briefly interrupted by a miraculous 360 degree dunk by DeMar DeRozan in the final minute. The slam punctuated the contest and was poetry in motion.

Next up for the United States is Spain in Friday’s semi-final. Spain is our fiercest rival, having faced off in the gold in both the 2008 and 2012 Olympics. The United States prevailed in Beijing and London yes, but the games were close and hard fought, and the Rio games have shown us this team is vulnerable at times.

The game begins early at 11:30 a.m. and will air on the NBC Sports Network.