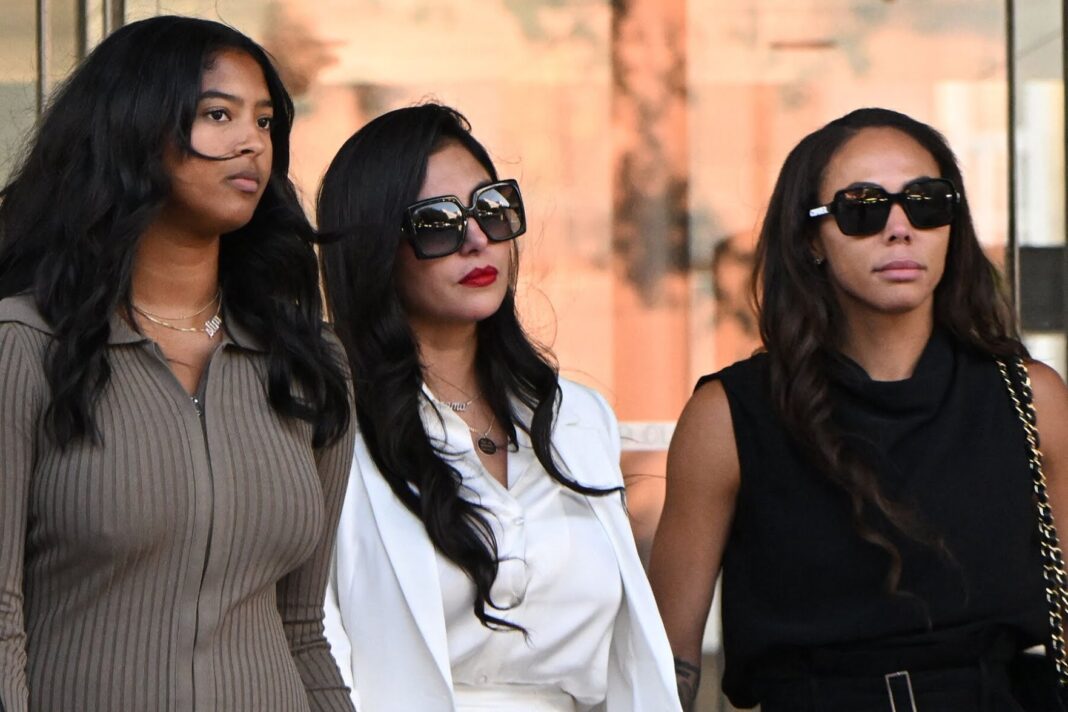 LOS ANGELES—On Wednesday, August 24, a federal jury outside of a Los Angeles Superior Courthouse reached a verdict awarding Vanessa Bryant $16 million after members of the Los Angeles County Sheriff’s and Fire Departments were found liable for taking and sharing gruesome photos of a helicopter crash that killed her husband Kobe Bryant, her daughter Gianna and nine others on January 26, 2020.

On that foggy morning, Los Angeles Lakers player Kobe Bryant, his daughter Gianna and nine people others inside a helicopter died after in crashed in the mountains of Calabasas as they were on their way to a basketball tournament at the Mamba Academy.

Upon arriving at the still smoking hillside scene, certain members of the LA County deputies and firefighters began snapping photos of the wrecked helicopter. The pictures included graphic images of their bodies.

Vanessa Bryant took the stand and shared with the jury photos of her loved ones that caused emotional distress and violated their privacy. Bryant indicated herself and other families who lost loved ones are living in constant fear these photos will leak online. The county has stated the pictures have been destroyed.

The trial lasted 11 days as the jury heard testimony from various deputies and firefighters who admitted sharing these photos with people at bars, another officer was playing a video game and a fire official who showed his coworkers the images at an awards ceremony cocktail hour. The federal jury found both the Sheriff’s and Fire Departments lacked proper policies and training which caused the violation of rights.

Bryant plans to use the money from the lawsuit for her non-profit dedicated to Kobe and Gianna, the Mamba and Mambacita Foundation. After the verdict was read, Vanessa Bryant burst into tears and hugged her daughter Natalia in the front row. On the witness stand, Bryant testified that she suffers from both panic and anxiety attacks fearing those pictures would surface.

Although she did not make a statement outside the courthouse, she did post an Instagram picture of herself, Kobe and Gigi with the caption: “All for you! I love you! JUSTICE for Kobe and Gigi!”