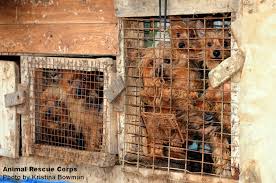 The Web site further reports that existing pet stores will be provided a grandfather or amortization period to allow them to adjust to the new ordinance. On February 16, the second reading of the ordinance will take place, and if approved, it will become active on March 19.

According to the Web site, Councilmember Jeffrey Prang stated, “This ordinance represents an important step toward ridding our nation of the cruelty of puppy mills and other commercial assembly-line animals breeders. The ordinance not only contributes to the fight against animal cruelty, it also recognizes the enormous cost of pet overpopulation in our society, both fiscal and humanitarian impacts. I urge those seeking pet companionship to consider adoption from municipal shelters and other non-profit rescue agencies.”

The objective of the new ordinance is to address the cruel and often torturous conditions that animals suffer in the puppy mill industry, which depends heavily on sales through retail pet stores for its profits. Puppy mills are large-scale commercial breeding centers that mass-produce puppies for sale in pet stores, either online or directly to the public, as noted by the Web site.

The City of West Hollywood, which has advocated for the rights of animals for decades, was the first city in the United States to ban cat declawing and has continued to work to enact cutting-edge animal welfare legislation, both locally and across California, according to the Web site. The Companion Animal Protection Society, Animal Legal Defense Fund and the Humane Society of the United States are also recognized for being instrumental throughout the previous year in bringing this matter to the fore.