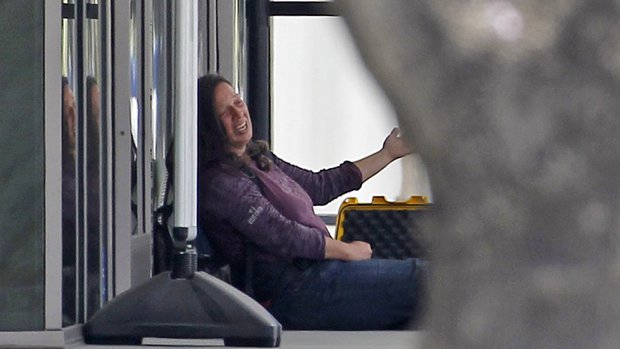 LOS ANGELES—A woman claiming to have a bomb was taken into custody after a standoff with police that lasted several hours in front of a federal building in downtown Los Angeles on Wednesday, May 20.

The incident occurred outside the building located on the 300 block of North Los Angeles Street. Authorities responded to a suspicious package call, according to Officer Tony Im with the Los Angeles Police Department.

The woman stood on the steps of the building wearing a backpack and holding a detonator in her right hand. She threatened to detonate the bomb. People were immediately evacuated from the building, as the bomb squad arrived on the scene. A bomb squad robot with a phone was sent to the woman in order for authorities to communicate with her.

Authorities used a beanbag firearm to subdue the suspect and take her into custody. She was taken to the hospital to be evaluated. Police have noted that there is a possibility the woman suffered from a mental illness.  All buildings near City Hall and a federal courthouse was evacuated during the incident. The suspect did not have a bomb.