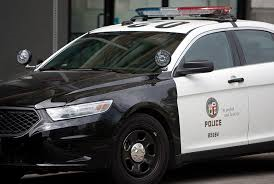 STUDIO CITY—A serial burglar broke into 11 residential homes in one day in Studio City. The burglaries occurred on January 12 between the times of 10 a.m. and 2:30 p.m.

According to the LAPD blog, the break-ins took place on seven different streets between Laurel Canyon Boulevard and Ventura Boulevard.

The suspected burglar smashed windows and attempted to pick locked doors while residents were not home. Some surveillance cameras managed to capture the burglar breaking and entering in several homes.

Police say the suspect stole items including jewelry, watches, electronics and computers, which estimated around $20,000.

The suspect is described as a White or Hispanic male, standing about  6 feet tall, and weighing 220 pounds. He has dark hair and a clean-cut appearance. Police say the important clue is that he walks with a limp. He was seen wearing thick, black frame glasses and a black coat.

The suspect was seen driving a late model green Mazda 3 Sedan with “CARMAX” paper plates on it.