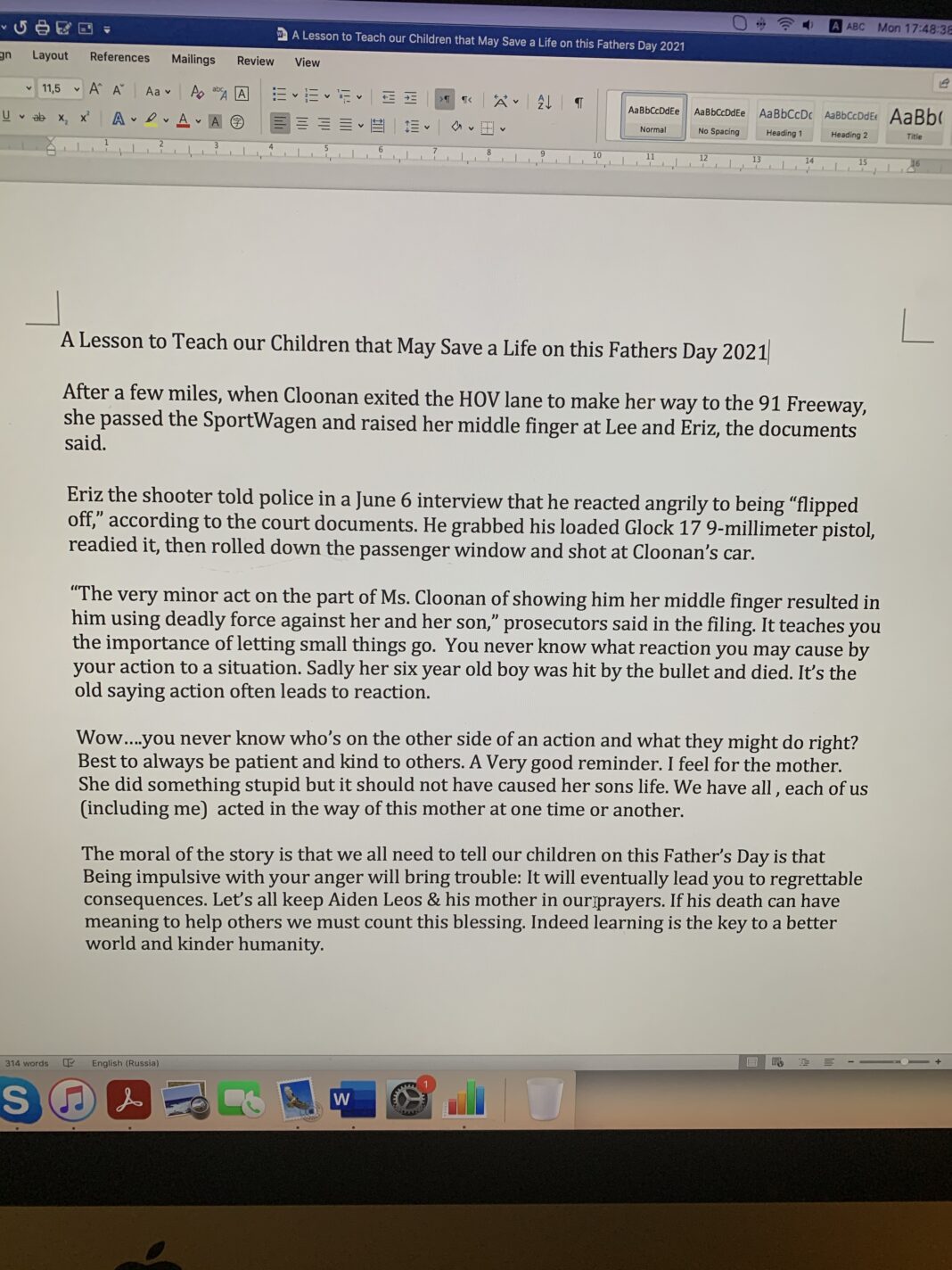 UNITED STATES—After a few miles, when Cloonan exited the HOV lane to make her way to the 91 Freeway, she passed the SportWagen and raised her middle finger at Lee and Eriz, the documents said.

Eriz told police in a June 6 interview that he reacted angrily to being “flipped off,” according to the court documents. He grabbed his loaded Glock 17 9-millimeter pistol, readied it, then rolled down the passenger window and shot at Cloonan’s car.

“The very minor act on the part of Ms. Cloonan of showing him her middle finger resulted in him using deadly force against her and her son,” prosecutors said in the filing. It teaches you the importance of letting small things go. You never know what reaction you may cause by your action to a situation. Sadly her six year old boy was hit by the bullet and died. It’s the old saying action often leads to reaction.

Wow…you never know who’s on the other side of an action and what they might do right? Best to always be patient and kind to others. A Very good reminder. I feel for the mother. She did something stupid but it should not have caused her sons life. We have all, each of us acted in the way of this mother at one time or another.

The moral of the story is that we all need to tell our children on this Father’s Day is that being impulsive with your anger will bring trouble: It will eventually lead you to regrettable consequences. Let’s all keep Aiden Leos & his mother in our prayers. If his death can have meaning to help others we must count this blessing. Indeed learning is the key to a better world and kinder humanity.