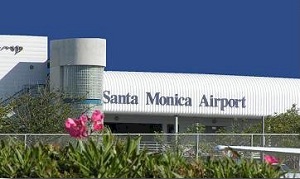 SANTA MONICA — A United States District Court Judge has dismissed the city’s lawsuit against the Federal Aviation Administration for control of the city’s airport on February 13. The finding by Judge John F. Walter dismissed all the causes of actions against the United States, thus granting the government’s motion to dismiss from January 10.

The first cause of action dealt with the Instrument of Transfer from August 1948, which relinquished the government’s interest in the property following the conclusion of World War II provided that the city would not use the property for anything other than the airport or functions related to the airport. The United States was allowed to revert that agreement if the agreements made under the Instrument of Transfer were not met.

Judge Walter then denied the city’s claim that it was not made aware of the government claiming an interest in the property and not following the provisions of the Instrument of Transfer, citing multiple incidents in which the city knew or should have known about the claim to title, including the recording of the act done by the L.A. County Recorder in 1948 and a legal opinion from the City Attorney in 1962 that cited the city’s requirement to follow the designations of the Instrument of Transfer. This cause was dismissed with prejudice.

The second and third causes of actions have to do with the so-called “Taking Claims,”Â which alleged that the government violated the Fifth Amendment by effectively taking the property that belongs to the city of

Santa Monica without just compensation under the requirements of the Instrument of Transfer. Since the city, according to Judge Walter, failed to seek adequate compensation from the U.S. Court of Federal Claims under the Tucker Act, these causes were dismissed as “premature.”Â

The remaining fourth and fifth causes, dealing with violations to the Tenth Amendment and the Due Process clause of the Fifth Amendment, were dismissed for not being “ripe to review,”Â which means that the claims sought by these causes are based on events that have not occurred yet and may not occur at all.

In a statement, City Attorney Marsha Moutrie noted that the dismissal is being reviewed by city attorneys and outside counsel.

“Of course we are disappointed,”Â said City Attorney Moutrie. “But there is likely much work to come, and the attorneys representing the City are already looking forward and focusing our energies on the City’s opinions.”Â

Judge Walter also denied a friend of the court brief filed on February 10 by the National Business Aviation Association (NBAA) and the Aircraft Owners and Pilots Association (AOPA) as moot, due to the ruling on the matter.

Portions Of Crescent Drive To Be Closed

“Bad Boys For Life” Is Action-Packed