HOLLYWOOD—Get ready America, television’s guilty pleasure is back! Yes, season 24 of the reality competition “Big Brother” kicked off its 24th season this week and on Tuesday, July 5 (yes, much later than usual), the cast for the newest season was released. For those worrying don’t, we don’t have returning players, it’s a new crop of newbies competing for the $750,000 prize. We shouldn’t expect returning players anytime soon after the dismal BB22, mainly because some people who were NOT actual all-stars were brought back that should not have (Christmas, David, Bayleigh, Enzo to name a few) could have all been replaced with much better players who deserved a second opportunity at the title, that’s for another column America.

With that said the cast has been unleashed people and so far no standouts if I’m being honest. I mean what the hell is CBS doing trying to promote the narrative that nearly 75 percent of this seasons contestants are single? Who cares? Fans of “Big Brother” are not watching because they want to see a showmance! I wish the producers would get this dumb narrative out of its head. It is NOT ENTERTAINING TV TO WATCH A SHOWMANCE! We want drama, we want fights, we want power shifts, we want strategy that is what makes compelling TV. 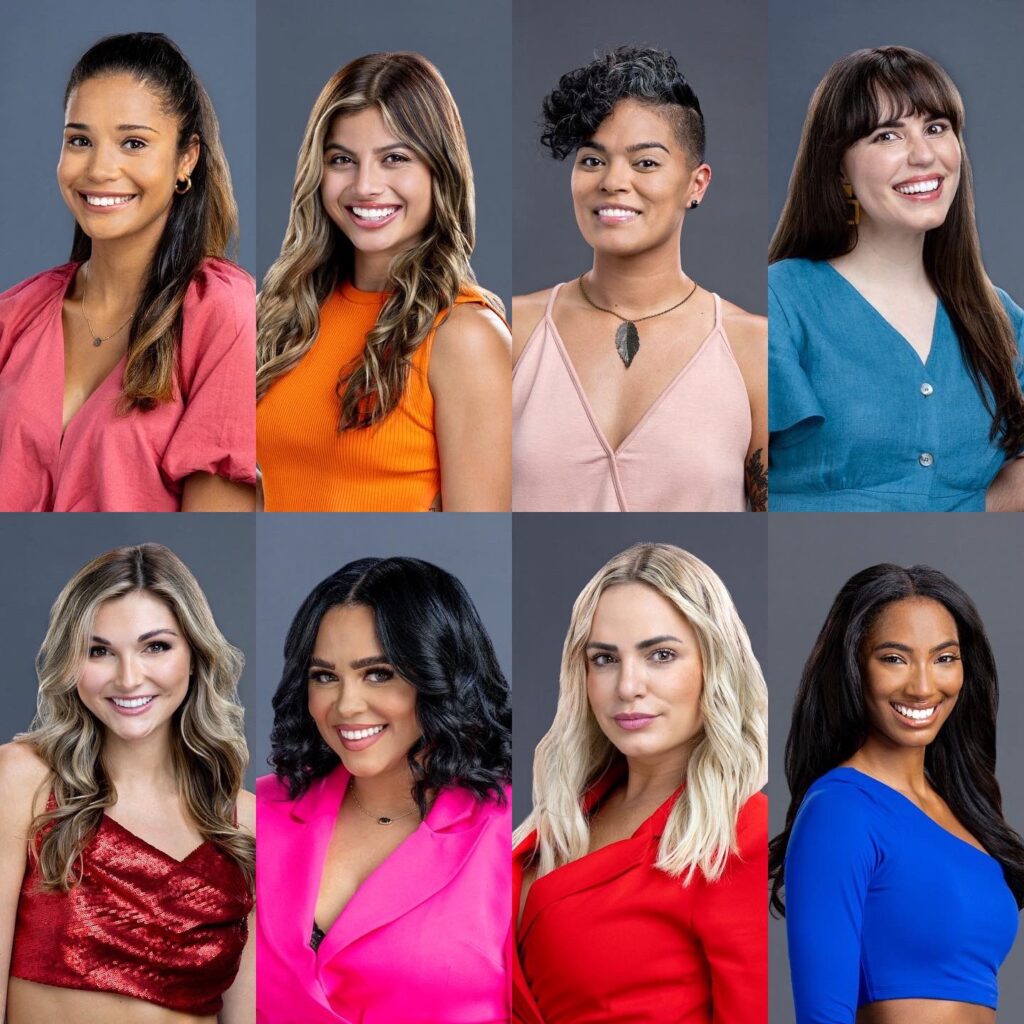 We have a bus operator, a personal stylist, an unemployed individual, an interior designer, a private chef, a personal trainer, a lawyer, an assistant football coach, a corporate flight attendant, a hypnotherapist and a few business entrepreneurs to say the least. The oldest person in the house is 47 and that title goes to Terrance Higgins, but at the same time we have TWO players this season in their 40s, the other being Nicole Layog, 41, from Fort Lauderdale, Florida. The youngest person in the house would be Paloma Aguilar at 22, who hails from San Marcos, California.

Since it looks like showmances are important to the producers, I see a potential love triangle that I didn’t want to call out between Taylor Hale, Monte Taylor and Marvin Achi. All are around the same age and give off social media stars. I hope I’m wrong, but I have this gut feeling these people are in the house because the producers are hoping to strike magic. If I were to pick out a few standouts three currently catching my attention would be Indy Santos, who is originally from Brazil, but her picture gives off the vibes of don’t F*** with me. I can see her getting into some verbal spats with people in the house and that is what I want to see.

Another one catching my attention is hypnotherapist Brittany Hoopes, she has a smile that is captivating and she is giving off that energy to me that screams underdog for some reason. I don’t know why, but that’s what I am getting from her. Marketing rep Alyssa Snider is another, while young, she gives off the vibe that she is the girl next door from looking at her profile pic, but I could be wrong. 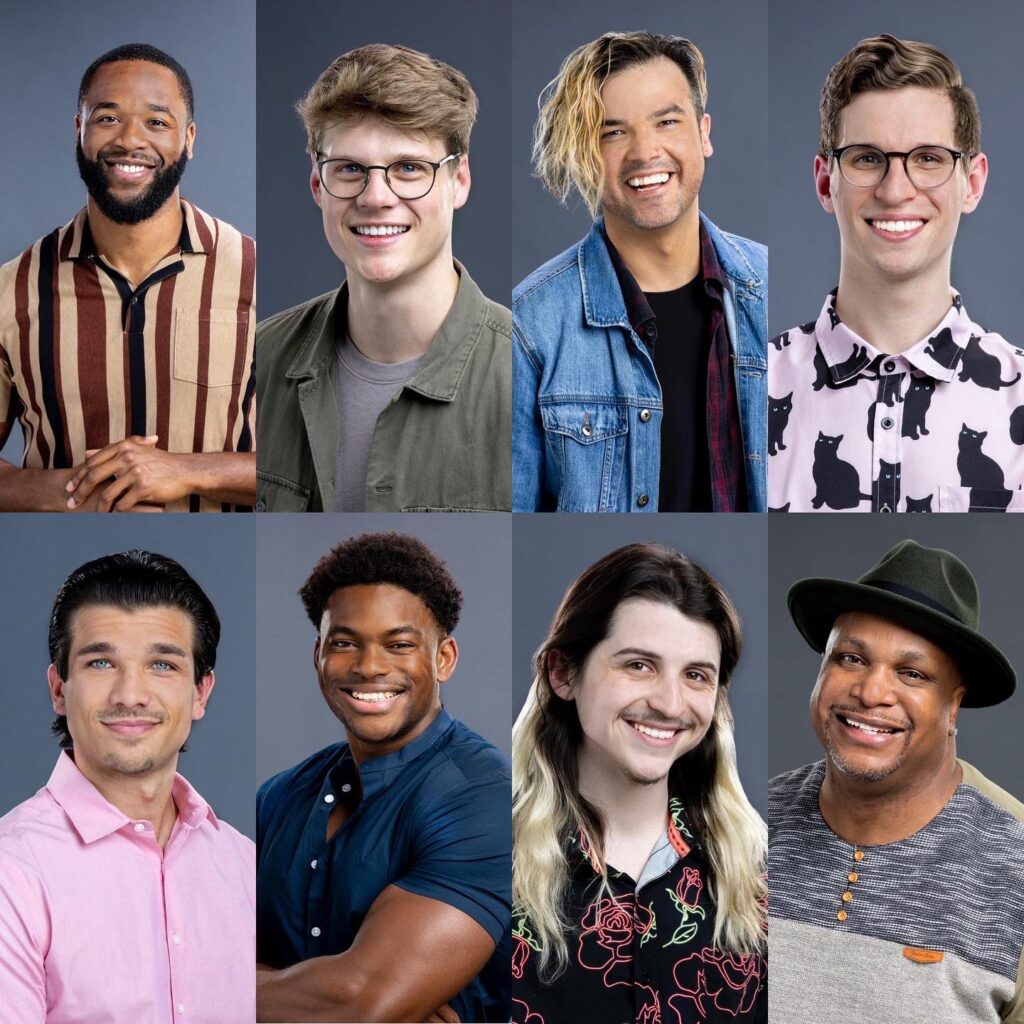 Other contestants in the BB house this season include Ameerah Jones, 31 from Westminster Maryland; Daniel Durston, 35, who is a Las Vegas resident who happens to be a Vegas performer. Jasmin Davis, 29, from Atlanta, Georgia and is a businesswoman; Joe “Pooch” Pucciarelli, 24, originally from Staten Island, New York, but now resides in Boca Raton, Florida; Kyle Capener, 29, from Utah; Matt “Turner” Turner, 23 (don’t even ask), who is a thrift store owner from Massachusetts; and Michael Bruner, 28, from Minnesota. Will admit Michael and Taylor noting they are fans of Janelle and characters of the BB universe that true fans adore her have me saying, “Ok, I might like these people if they bring the energy.”

Now the questions we all want to know is what surprises can we expect in 2022 for “Big Brother?” Well host Julie Chen Moonves has teased that we will see new challenges/competitions, well it’s about time to stop that predictability factor that so many players have gotten used to. If you don’t know what to expect it makes the game that much harder people. In addition, Julie teased a new twist to be unleashed in the game during the first night that will impact the houseguests, and America will get to vote (oh, goody)!

But that’s not all the first eviction is expected to drop the biggest bomb of them all because come eviction night the two players or perhaps more, might NOT be the ones getting the boot, it could be anyone in the house. Hmm, interesting, I’m getting a vibe that we might see some “Survivor” style tactics influencing the game this time around people. What if everyone can vote, and everyone, including the nominees get to save themselves last minute? That would indeed be a game changer to say the least people.

There is already a shift in things, as late Tuesday night, one contestant Marvin Achi was removed from the cast and has been replaced by attorney, Joseph Abadi, 24, from Florida. Wow, just as people were probably preparing their draft lists America and major change transpired. I will also add my flair for Brittany has diminished after watching her intro video; she might be intense for some of the houseguests and if you annoy people that is never a good thing. And it feels like we might have a lot of cast members who are all groupthink and not necessarily playing the game for themselves people; we’ll see after the first week of the game America.

“Big Brother” premieres Wednesday, July 6 at 8 p.m. on CBS. The live feeds opening early Thursday morning for those on the East Coast, right after the West Coast premiere for those who are 3 hours behind. New episodes will air Thursday, Sundays and Wednesdays at 8 p.m. on CBS.