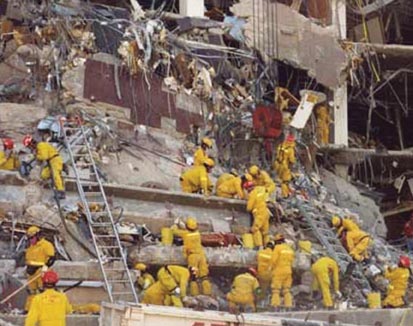 LOS ANGELES—Members of the Los Angeles County Fire’s Heavy Rescue Task Force team arrived in Haiti on Thursday morning, January 14, to support the thousands of victims that were affected from the 7.0 earthquake.

According to the fire department, the Los Angeles-based group, also referred to as CA-TF2, departed from March Air Force Base for the Caribbean nation after 10 p.m. Along with other task force members from various counties, they are in Haiti to lend a helping hand.

From clearing out the endless debris, providing aide for the many injured locals to finding victims whether dead or alive, they are there to give back whatever is needed.