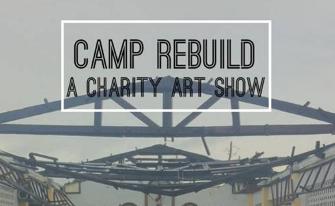 MELROSE – On May 16, the Bagong Kulturang Pilipino (BKP)  – California, Inc. presented “CampRebuild.”
Camp Rebuild is a charity-art show, that aims to help â€œrestore the livelihood of residents and amilies of Camparang village in Guiuan, Eastern Samar’ after the catastrophic affects of the Typhoon Haiyan in late 2013,â€ according to the group’s event page.

According to the BKP –  California, they are “a non-profit organization, driven through the efforts of volunteers, to benefit the poverty-stricken children of the Philippines through literacy initiatives.”

The website explained that the double meaning of BKP; the initial representing the Tagalog phrase: Bagong Kulturang Pilipino which translates to “the new culture of Filipinos.” The other meaning of BKP is “Books for Kids in the Philippines.” The organization’s mission is to “develop a reading culture and promote literacy among Filipino children in the poverty-stricken areas of the Philippines. [Their] goal is to help Filipino children acquire proficiency in the English language and develop critical communication skills that will provide them with better opportunities in the future for economic, social and civic advancement in their lives.”

The Rebel’s Ark hosted the event at their location on 7569 Melrose Avenue in Los Angeles, CA. They advertise themselves as ‘a home for creative minds.’ The flyer for Camp Rebuild revealed that the event would be featuring the works of, but not limited to: Chichimonster (MNL,) James Haunt (LA,) Katrina Pallion (MNL,) Ja Tecson (LA,) Lightworks (LA,) and Dmanoslocalsonly (LA.)

The event, which began at 7:00 p.m. and ended at 11:00 p.m., only took donations; 50 percent of the proceedings from art sales and monetary donations went towards BKP-California’s “Adopt-a-fisherman” in conjunction with the Yellow Boat of Hope Foundation, according to their Facebook page. The event also featured dj’s, drinks, raffles and an information booth.

The idea behind it is to pool [their] own individual little funds to help these children get to school safe and dry. [They] are more popularly known as the Yellow Boat Project. Initially, [they] thought [they] would just give them the yellow school boats but by now [they’ve] since move on to helping support them through provision of other school supplies, medical/dental missions to their communities, scholarships and even through livelihood programs.”