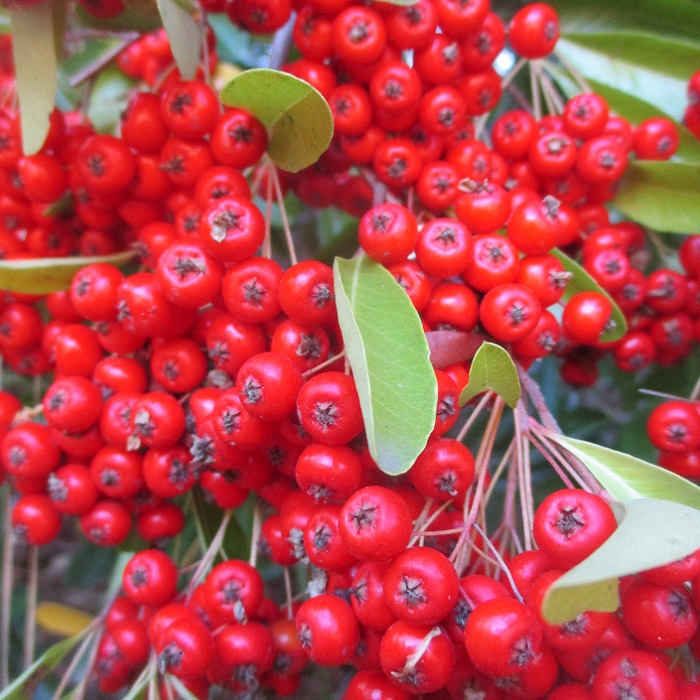 UNITED STATES—It is no coincidence that so many colorful berries ripen in autumn as migratory birds migrate south for winter. Such berries are intended for both migratory and overwintering birds. Rodents and other wildlife are welcome to take what they want as well. Most colorful berries are bright red, to get the attention of birds and wildlife. They are a convenient ‘grab and go’ size, and abundant.

Plants who produce colorful berries are happy to provide in exchange for the dispersion of their seed. It is an ingenious system. Everyone involved does what they do best. Plants produce their colorful berries to exploit wildlife. Wildlife exploits the berries. Seed within the berries survives digestion, and gets ‘deposited’ elsewhere. Most types of berry seed germinate best after digestion.

Colorful berries are popular in home gardens either to attract birds, or because they are delightfully colorful for autumn and winter. Of course, many that should remain colorful attract birds instead. Fortunately, birds are good sports, and often leave colorful berries long enough to blet (age). Then, polite birds consume the berries before they get messy, and ideally take their mess elsewhere.

Various hollies are famous for their colorful berries. However, not many hollies reliably produce many berries here. Because they are dioecious (of separate genders), commonly available female plants are fruitless without rare male pollinators. Fortunately, modern hollies are becoming available in conjunction with pollinators. Otherwise, the best colorful berries are of the Rosaceae family.

Firethorn is the most profuse and most familiar of the colorful berries through autumn and winter. A few species and cultivars of Cotoneaster can be almost as prolific, but with more subdued color and stature. Toyon is a related native species that performs well in unrefined landscapes. English hawthorn produces similar colorful berries, but develops into a small and gnarled deciduous tree.

Unfortunately, none of these colorful berries are notably edible. In fact, some are mildly toxic.

The most abundant bright red berries of autumn are those of firethorn, Pyracantha coccinea. They resemble English hawthorn, cotoneaster and toyon berries, but are shinier and more abundant. Their weight causes their limbs to sag. Most are either rich deep red, or brighter slightly orangey red. Orange berries are uncommon locally. Cultivars with yellow berries are less vigorous and rare.

Berry production may seem to be more variable than it actually is. Healthy plants typically produce a profusion of berries. They only seem to be more profuse if they ripen late, after migratory birds fly south. Such birds are voracious with early berries. Overwintering birds are less numerous, and consume berries slower. Regardless, few berries last long enough to deteriorate and get messy.

Firethorn is thorny enough to function as an impenetrable hedge. However, it is unpleasant to prune with all those thorns. Also, pruning without removing the stems that bloom and produce berries takes effort. Upright cultivars can get higher than downstairs eaves. Some cultivars get only a few feet tall as they sprawl over the ground. Even without berries, the evergreen foliage is appealing.

Horticulturist Tony Tomeo can be contacted at tonytomeo.com.