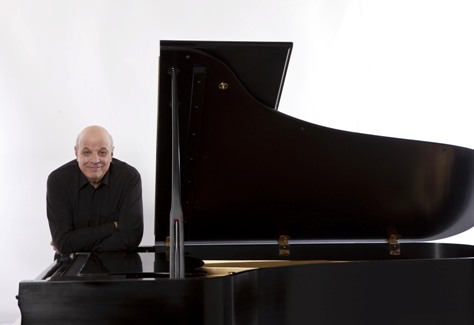 WESTWOOD—Charles Fox’s Lament and Prayer—an oratorio based on the words of Pope John Paul II, placed on the Western Wall in Jerusalem—will receive its U.S. Premiere at UCLA’S Royce Hall on January 30, by the American Youth Symphony. Hailed as one of the nation’s leading youth orchestras, the American Youth Symphony is dedicated to the artistic and professional development of outstanding musicians. Activities are designed to enhance their musical education through performance experience. Led by Music Director Alexander Treger, the orchestra enriches the cultural life of Los Angeles by offering admission-free concerts at UCLA’s Royce Hall.

Americans have been inviting Emmy & Grammy winning composer Charles Fox into their homes for years via their television sets. He has created many of the greatest theme songs in TV history including “The Brady Bunch,” “Happy Days,” “Wonder Woman,” “The Love Boat,” “Love, American Style,” as well as “Monday Night Football” and “The Wide World of Sports,” to name only a few. In fact, Charles Fox is the only artist to have had three TV songs in the Top 40. This year the Smithsonian Institute has requested his and the only copy of the “Happy Days” record used in the opening scene of the hit TV Series to be inducted into the archive as part of the newly created permanent Entertainment History Exhibit. It is the composers hope and understanding that the record and music will be put on display with one of the public’s favorite items: Fonzie’s Jacket. “I will be donating the vinyl 45 to the Smithsonian this year, Tommy, for their American Music new wing at the museum,” said Fox.

Having composed for more than 100 motion picture and iconic television scores, the twice Academy AwardÂ® nominated, two-time Emmy and Grammy winning composer and songwriter, Smithsonian and Bronx Hall of Fame inductee has written “Killing Me Softly: My Life in Music” with a foreword by Roberta Flack that details a legacy of music, working with some of the greatest names in entertainment, film, television and records. In the book, Fox recounts his studies under the tutelage of the most renowned music composition teacher of the 20th century, Nadia Boulanger, whose influence, Fox carried throughout his entire professional career. “There were times when she was teaching me, that I didn’t have food to eat, and that would be her first and foremost concern. She never charged me a fee once. She knew that my father, a NYC window washer, who had survived the holocaust, did not have much money to send me other than for food. My time under her tutelage is always uplifting and poignant for me,” said Fox.

In addition, his recently released film, entitled “100 Voices – A Journey Home,” premiered last fall in 500 theaters to critical acclaim. For more information about the film go to thenews.pl/culture/artykul127010_100-voices—a-journey-home.html.

Also, Charles Fox and Hal David have been commissioned to write the official Beverly Hills theme song called, “90210 Beverly Hills,” that was released on September 2, by the city. “In writing my book, Tommy, I wanted to recount every aspect of my personal and professional lives. I felt inspired to tell every story, even those that did not always work out well for me. I thought telling it all was much more important than just glossing over the high points of my life and career,” said the composer.

High praise for Fox comes from Hollywood legends. Director, writer, producer and actor Garry Marshall has said, “I have known Charles Fox since his theme song for ‘Love, American Style’ was a hit in primetime. He went on to write some wonderful music, many more hits including the theme songs for my TV shows ‘Happy Days,’ ‘Laverne & Shirley’ and ‘Angie.’ His music is a great part of Americana.” While icon and music mogul Quincy Jones has said, “Charles Fox and I both studied with the same extraordinary composition teacher in Paris, Nadia Boulanger, and her influence on his life and music resonates through this book and his songs. ”˜Killing Me Softly’ is one of the greatest pop songs ever written.”

This past summer, Charles conducted a new work that he was commissioned to write by the Polish Government commemorating the 200th birthday of Chopin. The concert featured one of the great Polish pianists, Leszek Mozdzer, and the great American Clarinetist, Eddie Daniels, plus a chamber orchestra. Over 16,000 people attended this concert, which was part of a celebration of Solidarity and is called, “A Solidarity Of the Arts Festival” and was held in Gdansk. “Knowing that my father grew up just minutes from the location of the concert really touched me. He lost his entire family and was the only survivor of the holocaust from his family right there in Gdansk. I will never forget the night there, over 16,000 people attended,” concluded Fox.