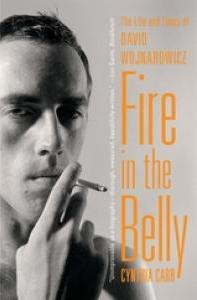 LOS FELIZ-A reading of Cynthia Carr’s “Fire in the Belly” was supposed to be held at the Skylight Books in Los Feliz on Monday, May 5, but the event was cancelled.

“Fire in the Belly” is a narrative on the life of David Wojnarowicz, an artist who was described by Skylight Books as, “one of the most important voices of his generation…his creativity spilled out in paintings, photographs, films, texts, texts, installations and in his life and its recounting – creating a sort of mythos around himself.”

Carr titled her novel after Wojnarowicz’s unfinished, controversial film, “A Fire in My Belly.” The film was recently debated in 2010 after it was removed from the Smithsonian by request of the Catholic Church for it’s depiction of ants crawling on the icon of Christ on the cross. Wojnarowicz was known for his ability to inspire thought, such as his popular photo of the running of Buffalo off a cliff thought to represent the death of the American dream.

The book was published in October of 2013 and is being sold for $22 as a paperback. No reschedule date has been set for the event.