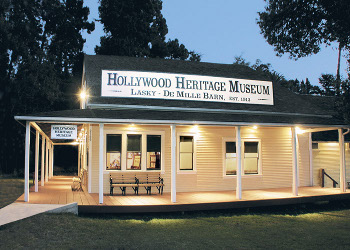 STUDIO CITY—Marian Gibbons, founder of the Hollywood Heritage Museum and also a preservator, author, actor and singer, died on Wednesday, December 8, after a battle with lung cancer. She was 89 years old.

After a brief visit in 1949, Gibbons decided that Hollywood was the town for her to live in, and if ever the opportunity presented itself for her to move there permanently, she would take it. This opportunity was realized in the late 1970s, when she moved to Los Angeles and worked as a publicist. Along with Frances Offenhauser McKeal, Christy Johnson McAvoy, Susan Peterson St. Francis and Mildred Heredeen, the group of five founded the non-profit company Hollywood Heritage, Inc.

The Hollywood Heritage Museum is housed in the restored Lasky-DeMille Barn, which was built in 1895 and declared a California State Historic Landmark in 1956. The museum features a montage of mementos from Hollywood’s Golden Era, including props, documents, memorabilia and archival photos going back to the silent movie days.

Born in Cuyahoga Falls, Ohio, Gibbons was known by a variety of nicknames, including “Mage” and “Majemahanna,” which was given to her by her mother. Following a planned memorial service, she will be interred at Hollywood Forever Cemetery.