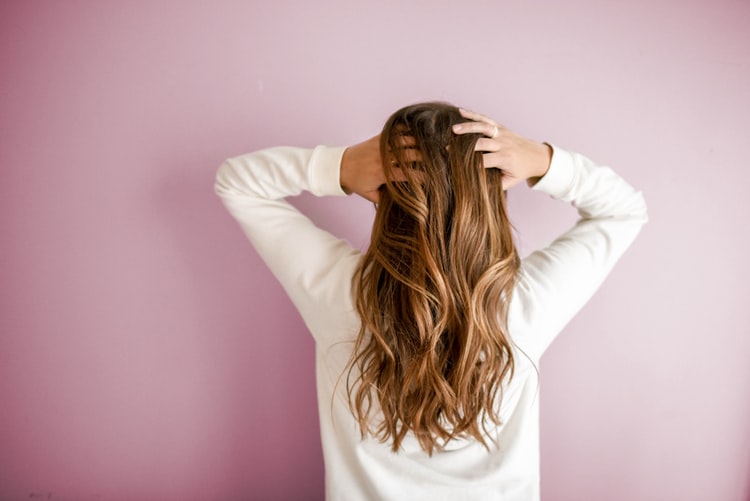 HOLLYWOOD—Around the country most hair salons are reopening. People are flocking to their favorite hairstylists to receive a long-overdue update- yes, even celebrities. So many of us have been waiting patiently since March, when social distancing began. Even states with the strictest stay-at-home orders like California and New York have moved through phased reopening plans, so the time has finally come.

Celebrities like Cardi B drastically switch up their look for the summer season. Major color changes. different hairstyles have transformed our Instagram feeds. We had no shortage of amateurat-home hairstyle transformations to enjoy during the hiatus. Besides the hair, how about the nails? Cardi B, known for her songs “Bodak Yellow” and “I Like It” and her extravagant nails-nearly two inches of glittering crystals that she waves around like fans-has helped skyrocket Jenny Bui, a 50-year-old mother of five, to social media stardom.

The idea to make “bling” nails came to her in the early 2000s, and after shooting to social media fame he now even has a contract with the jeweler Swarovski. We all have missed getting our nails done during the coronavirus lockdown — there’s no two ways about it. But we’ve also missed seeing other people’s manicures filling our Instagram feeds with nail art inspiration. With movie premieres, award shows, photo shoots, secret projects, and, well, everything else on hold, our favorite celebrities have had to say a temporary goodbye to their glam teams, which includes their nail technicians — and our Instagram feeds have been seriously lacking because of it.

Now, we know that there are way more important issues to worry about right now (and trust us, we worry about them, too), for example, the economy, however, we love nail art, and we miss admiring celebrity nails and the exceptional talent of the manicurists behind the looks. With many states beginning to reopen their salons for customers, we’re also starting to see some of our favorite celebrities reunite with their beloved nail techs for the first time, and one thing is for sure: they didn’t stick to a simple shade like Essie in Ballet Slippers and leave it there.

Nope. These celebs got all the bells and whistles (or shall we say neon lacquers and designer decals) for their very first post-lockdown manicure. So, if you’re searching for some inspiration for when you jump back into that manicure station chair (mask and all), or just want to feast your eyes on beautiful pieces of tiny art, check out these celebrities’ first manicures after being reunited with their nail techs following a long lockdown and nail art hiatus. Looks look at Kylie Jenner, her signature long nails, are gone.

On June 23, the Kylie Cosmetics founder shared an Instagram photo showing off her short blond bob — the hair is likely a wig that was installed by her longtime hairstylist, Tokyostylez — but if you look a little closer, you’ll see that she’s wearing her nails way shorter than she usually does. In the photo, Jenner has a “French moon” manicure, an updated take on the classic French manicure that gives the white tip painted at the top of the nail a crescent shape.

This is probably the shortest we’ve ever seen her nails, and it’s possible that she’s just easing her way back into wearing lengthy styles because of the amount of time she spent not wearing over-the-top manicures while social distancing at home. She always had her nails, long and oval. Oval nails are rounded from the sides and up across the top.

Sometimes it’s called the “natural,” nail shape, even though very few people have naturally oval-shaped nails. Her nails are almost as famous as her lips. Not really, however, she’s made no secret about the fact that they’re acrylic and who does them for her. So who does her nails? That would be celebrity nail artist, Chaun Legend. Back in April, after revealing that she was taking a break from hair and nail extensions for a while, she showed off a rainbow French manicure on Instagram. It’s a real surprise. However, whatever her reasoning is for her switching her nails up as of late, they still look incredible.