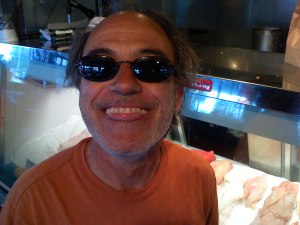 MALIBU—On February 26, Hollywood animator, Jean-Maxime Perramon was killed on the right shoulder of the 101 North Freeway when his Ferrari was struck by another vehicle.

The 63-year-old Malibu resident was traveling northbound on the 101 Freeway around 12:30 p.m. with a 37-year-old female passenger when he suspected that he ran over a piece of metal. Perramon pulled his Ferrari over to the right shoulder of the freeway to check his tire. As he opened his door, just enough to partially exit his vehicle, he was struck by the vehicle of 37-year-old Antonio Castillo of Montebello.

Officials say Castillo’s Lexus struck Perramon’s Ferrari about five miles north of Reyes Adobe Road in Thousand Oaks when 67-year-old local resident James Pershing Flynn initiated a late lane change in his silver Chevy van. Castillo allegedly attempted to avoid a collision with the van when his ES350 Lexus swerved crashing into the rear of the van and into Perramon’s Ferrari.

Perramon was taken to Los Robles Hospital in Thousand Oaks where he was pronounced dead at around 5:10 p.m. His passenger, however, was not injured.

British director Duncan Roy, a neighbor of Perramon, remembers the animator on his personal blog. Roy says, “Jean was the man who introduced me to Malibu”¦showed me around.  I discovered the house I would end up buying with Jean. We were once very good friends”¦for many months inseparable.”

After immigrating to the United States from Paris, Perramon began his career in Los Angeles as a production designer for Richard Williams Animation Studio.

Perramon was best known for his work as a conceptual artist for “Fern Gully: The Last Rainforest,” and as animation director for “The Tigger Movie.” He had recently co-founded Pepper Films Inc., an animation company. According to the company’s website, his resume boasts credits as a director and designer at Duck Soup Studios for a number of award-winning spots.