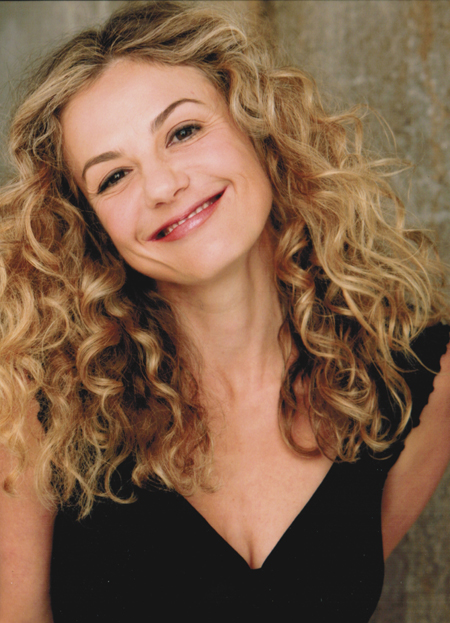 BEL AIR —Some may call Susan Lucci and Julie Davis late bloomers. Only because the two divas have come into their own after reaching 30 years old, when many entertainment careers are ending. Lucci who was nominated a record 18 times for the Daytime Emmy in the Best Lead Actress category from 1978 to 1998, finally won in 1999 to a shocked and jubilant crowd of Emmy goers and millions of fans world-wide cheered as the brunette beauty was given the statue by Emmy-winning actor Shemar Moore, who was then on “The Young and The Restless” and is now on CBS’s “Criminal Minds.” Susan has been nominated twice more since her win. Then there’s blond beauty Julie Davis, who after starring in some projects is now excited to announce her film “Finding Bliss,” which is hilariously funny, will be making it’s NYC and L.A. debuts in June.

Susan Lucci or La Lucci, as Regis Philbin has named her, is one of the most unforgettable women in Hollywood. A native New Yorker, the petite beauty is bigger than life as Erica Kane on ABC’s “All My Children.” It’s a role she’s played since the show’s debut in 1970. Though Lucci still looks as if she’s in her 20s, she’s grown as an actress and epitomizes the word diva for daytime fans and viewers. Diva in her case simply means she’s unforgettable and she’s always on top. She is far from a person who could behave like a diva, though no one would blame her if she did.

The actress has starred in Lifetime TV roles and even crossed J.R. Ewing in six unforgettable episodes in the early 1990s as Hillary Taylor on CBS’s mega hit “Dallas.” Her on-screen persona may be a woman who is a man eater, who can’t get enough of love and power, but the real Susan Lucci is a happily married woman who has been married to mogul Helmut Huber since 1969. Yes, guys, La Lucci is taken. The happily married couple have two adult children. Her beautiful daughter Liza Huber starred on the NBC soap “Passions.” Susan Victoria Lucci, however, embodies passions. All the positive ones that is; everything about Susan speaks beauty and the fact is, she was born to become one of Hollywood’s biggest stars.

Julie Davis can be seen in “Amy’s Orgasm,” “45 Minutes From Broadway” and “I Love You, Don’t Touch Me.” However, the blond stunner also shines behind the camera as well. Davis tells Canyon News exclusively, “I’m excited about my film ‘Finding Bliss’, which you loved, Tommy. It’s debuting in New York City on June 4th at the Village East Cinemas and here in L.A. on June 11th at the Laemmle Sunset 5. It’s an exciting time for me and I’m very grateful to everyone who is a part of ”˜45 Minutes From Broadway’ for their support.”

Having known Julie for almost a year and Susan Lucci for over 30, I can say they both are timeless beauties with their own unique elegance and sensuality. Each offers Hollywood an original brand and exquisite style.

Photographs Courtesy: Julie Davis offered by the star and Susan Lucci by Â©Yolanda Perez/ABC (AMERICAN BROADCASTING COMPANIES, INC.)
DISCLAIMER: This article was a contribution made by an outside agency or person. The content has not been verified by Canyon News. Please exercise your due diligence prior to relying on this article for factual information. Canyon News is not responsible for the views, words, and opinions of contributors.