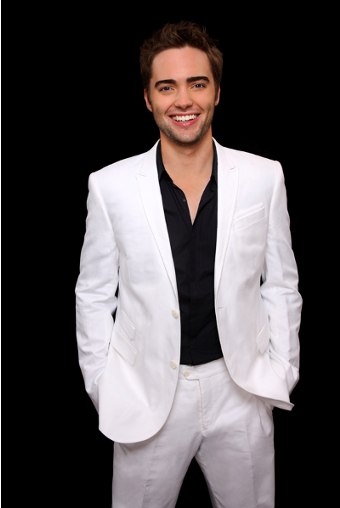 HOLLYWOOD —Handsome leading men in Hollywood are just part of the landscape; however, two of Tinseltown’s most lusted after hunks by female fans and TV viewers are Drew Tyler Bell, who portrays Thomas Forrester on CBS’s “The Bold and the Beautiful” and acting, dancing sensation Gilles Marini, who stars on ABC’s “Brothers and Sisters” alongside Oscar-winner Sally Field. The two men prove to everyone that they are much more than handsome faces in a town that has been obsessed with smoldering good looks since the 1920s.

Marini exploded onto the entertainment scene as Dante, the Casanova living in the beach house next door to Samantha, played by Kim Cattrall in the “Sex and the City” movie, a role which has earned him international recognition. Gilles was born in Grasse, France. After working as a baker in his father’s bakery since he was 8 years old and graduating from high school, Gilles joined the French army and was stationed in Paris, where he acted as a fireman for the famous Brigade des Sapeurs Pompiers de Paris. It was in Paris where Gilles met Fred Goudon, a famous photographer who introduced Gilles to the world of modeling. After fulfilling his military duties, Gilles decided to go to the United States to learn English while working as a model.

Drew had a very heavy dramatic storyline last year when his on-screen alter ego decided to put an end to Rick and Steffy’s romance. Protecting his sister and mother from Rick was Thomas’s main focus, but his portrayer is on his way to mega stardom with his leading man good looks and incredible acting talent. “B&B” is the most watched show on the planet, which means Bell will only become more popular.

These are two of Hollywood’s most sought after actors and aside from being handsome, they are equally nice young men.
DISCLAIMER: This article was a contribution made by an outside agency or person. The content has not been verified by Canyon News. Please exercise your due diligence prior to relying on this article for factual information. Canyon News is not responsible for the views, words, and opinions of contributors.