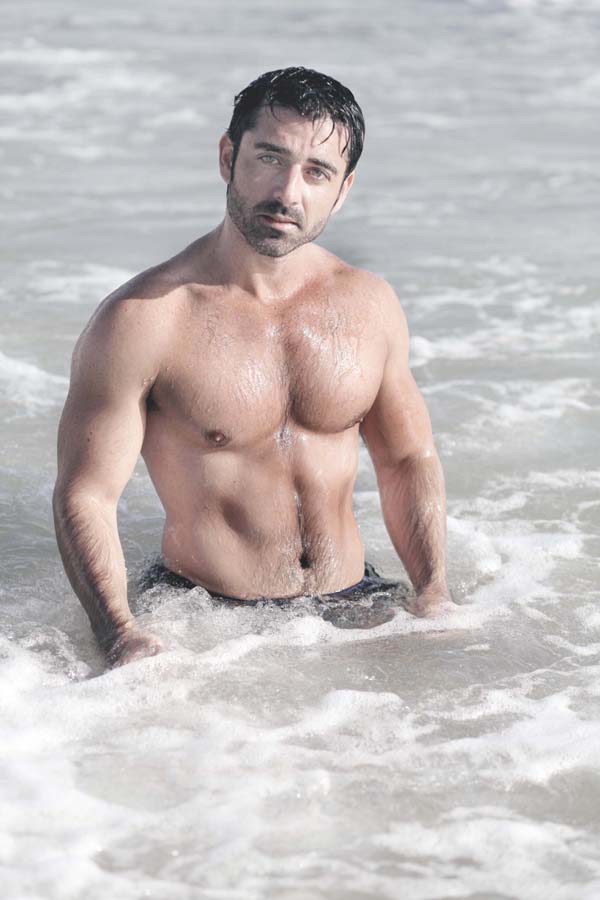 BRENTWOOD—With summer heating up, the ladies are looking for handsome and talented hunks to light up the big screen and the small screen as well. Tinseltown has two guys that will make female hearts flutter. Both of these dashing leading men look great with or without their shirts on. For our female readers, we’ll show them without. The other thing these two guys have in common is that they are both foreign imports to America. Ryan Kwanten, who portrays Jason Stackhouse on HBO’s “True Blood,” hails from the land down under, Australia. While seasoned theatre and film star Asaf Goldstien hails from Israel. Both are shooting stars that make the horizon a lot more bright and exciting. With great promise of an even brighter future for both.

Kwanten plays the rarely-thinking, good guy from Bon Temps on Alan Ball’s hit drama “True Blood.” Last season fans watched in horror as Jason shot one of the show’s supporting players and this season, that mistake sends Jason spiraling out of control. What different men Jason and Ryan Kwanten are. Ryan can be seen darting in and out of the West Hollywood set of his hit vampire drama or lounging on the beaches in Malibu. The physically fit actor sends pulse rates higher whenever he shows up on TV or near the Pacific Ocean for a jog. Paparazzi even photograph him buying milk at the local grocery store in Brentwood.

While Kwanten is busy making a name for himself on TV, handsome Hebrew hunk Asaf Goldstien is lighting up the big screen and performing both in Tel Aviv and London on the stage. Asaf tells Canyon News about a new role he’s just completed in an Independent film titled “Intercum.” “The film tells a story of a leading man named Evitar, who I play. He’s a very sick guy who happens to meet a girl at a gas station. That meeting changes his life forever. I’m also starring in ”˜The Noar Instrument,’ a short film about a drunk man,” said Goldstien laughing. “Currently I’m in Israel rehearsing a new play at the theater Cameri in Tel Aviv, where I am on contract. I’m playing Nisim, a friend of a the great Israeli singer Zohar Argov. At some point the friendship becomes very dangerous.” “The Noar Instrument” is an original play by Moshe Kepten and Dafna Engel. It opens on August 28. With critics already saying it’ll most likely make it to the Great White Way of Broadway.

In the meantime, Asaf can sometimes be seen on California beaches catches waves or in Tel Aviv enjoying the beautiful blue waters there as well. Both Kwanten and Goldstein have caught the eyes and attention of many producers, directors and Hollywood agents here in Tinseltown, and it’s only a matter of time before they are both household names. Perhaps Ryan Kwanten has achieved that. Both stunningly handsome leading men will contribute a lot more.