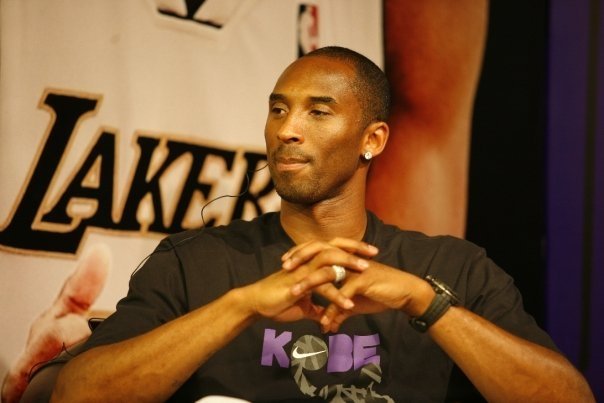 HOLLYWOOD—Los Angeles Lakers’ star Kobe Bryant will be the latest celebrity to get his hands and feet imprinted into the cement in front of Grauman’s Chinese Theater in Hollywood at a ceremony set for February 19. Bryant will become the first athlete to be bestowed the honor.

The ceremony is set to coincide with the NBA’s annual All-Star weekend festivities, which also will be held this year in Los Angeles. Bryant is the leading vote-getter following the fourth round of ballot returns for the actual All-Star game, and will appear in the game for the 13th time in his career. The only seasons in which he did not play in the spectacle were his 1996-1997 rookie campaign, the lockout-shortened 1998-1999 season in which no All-Star game was held, and last season, in which he was injured.

“To be a part of such elite company is a tremendous honor,” said Bryant in a statement released on his website. “I’m proud to be the first athlete to be recognized.”

Bryant joins a list of stars such as Harrison Ford, John Wayne and Marilyn Monroe who have had their hands and feet imprinted at the theater. He has stated that he has not yet visited the theater since he first came to Los Angeles in 1996.

The celebration is expected to be attended by around 1,200 guests. Also set to premiere around the All-Star weekend is an eight-minute short film featuring Bryant, which was directed by Robert Rodriguez.