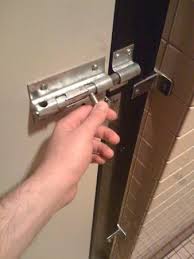 WEST LOS ANGELES—Ronald Palacios died in the early morning of Friday, January 29, while being held in custody from the Los Angeles Police Department.

A Los Angeles resident, 29-year-old Palacios was visited by LAPD at 12:16 a.m. when they were dispatched to an “unknown trouble” radio call.

When authorities arrived at 77 Street of the 700 block of West Manchester Avenue in Los Angeles, they were directed towards a locked room where Palacios was reportedly “acting strangely.” According to LAPD’s January 29 press release, it was believed that Palacios himself had called 911, and reported to the dispatcher that he was being held against his own will and needed help.

When officers made an attempt to communicate with Palacios behind the locked door, no response was heard. Police then forced themselves into the room where they found Palacios to be coherent, and answered questions regarding his well-being.

According to the press release, officers at the scene determined no crime had occurred, and after concluding that Palacios needed no detainment, they left the home.

Little over an hour later LAPD had received a call from the Los Angeles Fire Department (LAFD) at 1:33 a.m., requesting them to return to the home. When police met LAFD paramedics at the scene they found Palacios in a back room of the house sweating heavily. Authorities attempted to gain control of Palacios, who continued to violently pull away. One officer had even warned Palacios that unless he followed their orders, a Taser would be used.

Quickly after the warning, they struck Palacios with the Taser. Still struggling, officers punched him numerous times.

Palacios eventually gave in to police. During his examination, paramedics had discovered that he wasn’t breathing and had no pulse. Palacios was transported to a local hospital, where he was then pronounced dead.