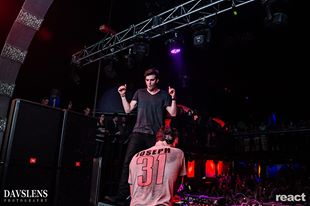 HOLLYWOOD—It was truly a weekend of love, Christina Aguilera is now engaged with a $40,000 rock to boyfriend and former production assistant Matt Rutler, who popped the question on Valentine’s Day. Aguilera met her fiancÃƒÂ© while filming “Burlesque” in 2010. The same year she split from her husband Jordan Bratman.

The “Office” star John Krasinski and wife Emily Blunt (“The Devil Wears Prada”) welcomed their first child, a daughter Hazel, on Valentine’s weekend. The announcement was sent on Twitter. On Instagram, Pete Wentz, along with his model girlfriend Meagan Camper, announced they were expecting their first child together.

Simon Cowell showed a softer side and plenty of love for his newborn son Eric who was born on Valentine’s Day. Cowell and his girlfriend Lauren Silverman welcomed their first child together. You may remember the scandal, since Silverman was still married to Andrew Silverman, a friend of Simon’s. Silverman has an 8-year-old son from her previous marriage.

Across the pond, J.K. Rowling “Harry Potter’s”Â creator will publish her second adult crime novel  on June 19, under the pen name Robert Galbraith. “The Silkworm,” will be a follow-up to “The Cuckoo’s Calling,” which Rowling wrote using the same pseudonym. The new novel sees the return of detective Cormoran Strike, the ex-soldier hero introduced in “The Cuckoo’s Calling.”

In her new book, the detective investigates the disappearance of a novelist who has written a book that features scathing descriptions of real people. Rowling, 48, wanted to write under a pen name to avoid any hype or expectations. According to published reports, an attorney has been fined for spilling the beans about the writer’s identity and Rowling was awarded damages which she donated to charity. She has a personal fortune worth an estimated $935 million, according to the Sunday’s Times newspaper’s Rich List 2013, making her the 20th richest woman in

Britain, ahead of Queen Elizabeth II. Last year it never attracted any attention, until it was discovered that Rowling was the author of the book. It’s so amazing, how much weight her name carries, she doesn’t even have to turn to the Internet.

Turning to the Internet and winning it over are the

New York production/DJ duo “The Chainsmokers,” with their newly released music video for their track “#Selfie.” They are truly genius for coming out with such a track that everyone can relate to. The song is trendy, original, intriguing and hot.  It’s a selfie phenomenon, that we are all guilty of doing it.  The video contains hundreds of pictures that fly across the screen during the music video. It’s the kind of song that makes you want to get-up-and-dance.  You’ll see lots of familiar faces. It’s a hilarious parody of contemporary culture that has everyone talking about. Selfie’s on Instagram, Facebook, which is now considered  the old MySpace. Facebook is still popular, however, not as popular as Twitter, Instagram or Snapchat.

Snapchat is very popular these days. Users can take photos, videos and send them to a controlled list of recipients. The “Snaps,”Â are so popular that the two developers  Evan Spiegel and Robert Murphy turned down two offers, one from Facebook for a cash offer of $3 billion and Google offered $4 billion for the company but Evan Spiegel declined.