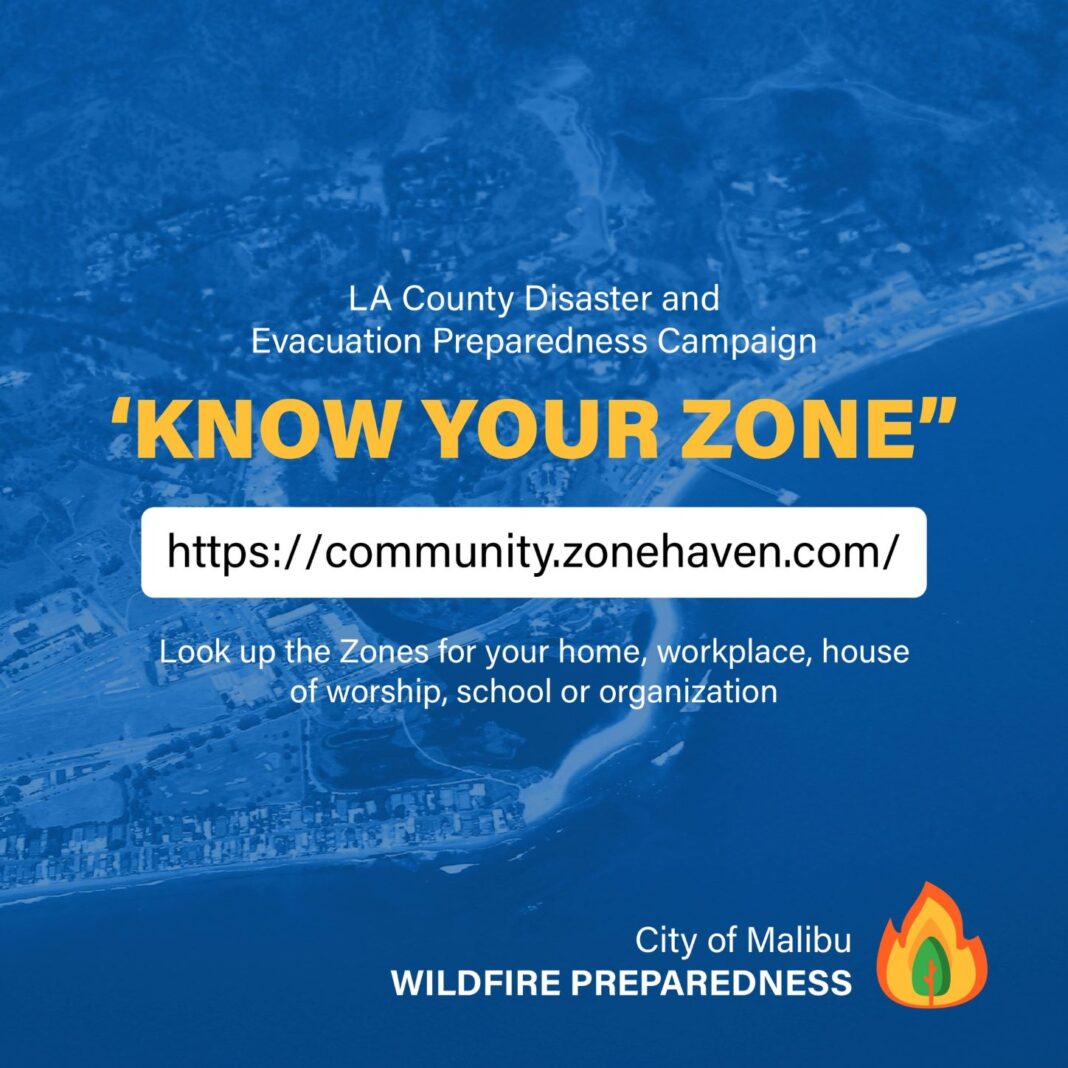 “Being able to safely and efficiently evacuate a community during a wildfire or other disaster is crucial to ensuring public safety, especially here in Malibu, where we have very limited routes in and out,” said Mayor Paul Grisanti. “I applaud the efforts of our County partner agencies towards improving evacuation planning, and I encourage everyone in Malibu to ‘know your zone’.”

The County’s new zones in the Malibu region are the same as Malibu’s Evacuation Zones that are part of the Mass Evacuation Plan that the Malibu City Council adopted February 24, 2020 following a recommendation from the Malibu Disaster Council. The Mass Evacuation Plan, an update to the City’s Emergency Operations Plan, was created by a working group convened after the 2018 Woolsey Fire to enhance communication, coordination and response on wildfire evacuations in Malibu.

Using the Zonehaven AWARE platform, first responders and members of the public can refer to the same set of Zone maps used for planning and conducting evacuations during wildfires, earthquakes or other emergencies. Residents, businesses, students, employees and other community members can enter an address into the Zonehaven AWARE interactive map at https://community.zonehaven.com  using the search bar in the upper left. A pop-up window will show the Zone name and valuable information specific to the Zone, including emergency services, real-time status updates, shelter options and more.

The system will be used during large-scale incidents requiring evacuations. When Evacuations Warnings or Orders are issued, alerts and messaging from agencies such as Los Angeles County Sheriff’s and Fire Department will include Zone designations in addition to major streets and intersections. The Zone map will be updated in real time. Residents can check it regularly for status information.

As part of wildfire and disaster preparedness, community members can look up the Evacuation Zones they frequent, including their home, work, school, or homes of loved ones. Zones will be used in emergency alert notifications. Knowing the name of one’s Zone is vital to an emergency plan.