UNITED STATES—”Saved by the Bell,” Mario Lopez issued a public apology after making comments relating to parents allowing their children to determine their gender at a young age.

Candace Owens interviewed Mario Lopez on June 22, on the Candace Owens Show. They initially spoke about the very strict “Don’t ask don’t tell” policy in Hollywood, when it comes to politics. “The Godless city,” as Owens coined it.

Lopez, who was raised Catholic stated that though he is conservative, he registered as an independent than aligning with a specific party.He indicated early in the interview that his views and beliefs were for him and his family.

Owens spoke about what she calls, “Radicalized Feminism” and spoke about the dangers of blanket statements and movements such as, “Believe Women,” and discussing all things, faith, and family and living in an area when anything you say could offend anyone.

Lopez talked about social media and the benefit of not having to have his youthful days publicized over the internet. Lopez discussed that he felt for modern-day Presidents who will always have a constant reminder of that one thing they said and will always be reminded of because it’s all documented.

Broaching the subject of raising children, Owens and Lopez were talking about Mario’s children playing sports. Lopez and his young son are involved in sports like jujitsu, which Candace Owens called boyish.

She brought up the topic of a new trend where celebrities are allowing their children to choose their own gender and the Hollywood mentality of giving children the mental authority and clarity to choose their gender at a young age.

“I’m never one to tell someone how to parent,” said Lopez. ”Maybe you should,” said Owens in response. “You seem to be doing a good job,” she added.

“But at the same time, my God, if you’re 3 years old and you’re saying you’re feeling a certain way or you think you’re a boy or a girl or whatever the case may be, I just think it’s dangerous as a parent to make that determination then, okay, then you’re going to be a boy or a girl . . . It’s sort of alarming, and, my gosh, I just think about the repercussions later on.”

Social media was flooded with criticism over Lopez’s comments, to which he issued the following statement to People magazine:

“The comments I made were ignorant and insensitive, and I now have a deeper understanding of how hurtful they were,” Lopez said. “I have been and always will be an ardent supporter of the LGBTQ community, and I am going to use this opportunity to better educate myself. Moving forward I will be more informed and thoughtful.” 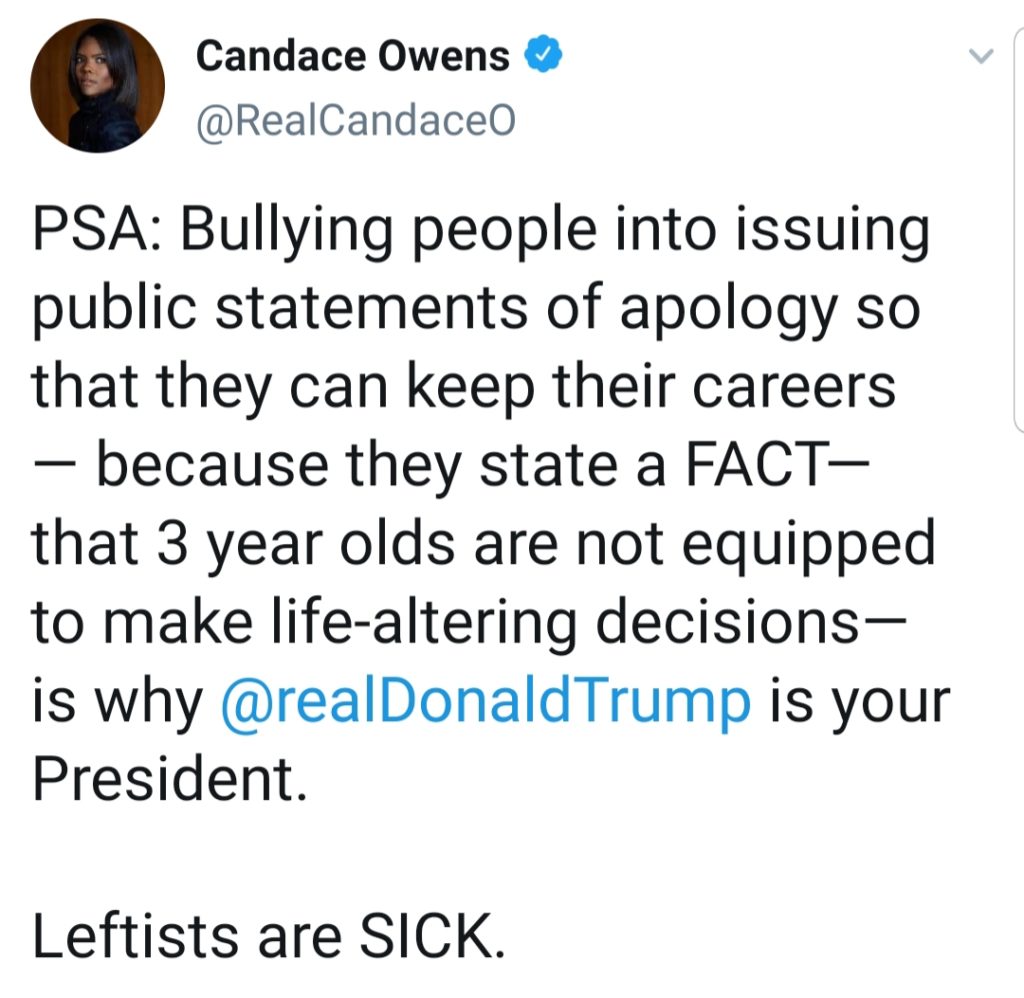