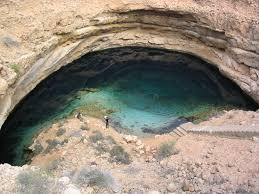 LAUREL CANYON —The recent weeks of rainy weather have affected the area of Mulholland Drive in Studio City, located on the eastside of Coldwater Canyon Avenue. It has actually caused a sinkhole, which is in need of repair as soon as funding for construction is approved by this Friday, March 3.

The Los Angeles City Council will be meeting this coming Friday or next week. The cost will be around $690,000.

First, it will have to be approved by the city controller for the transfer of the sum of money from the city city’s capital improvement expenditure program to the Public Works Bureau of Street Services, stated by Cora Jackson-Fossett from the Department of Public Works.

The money going into the repair for the area was initially for two other projects but this is an emergency so it is a first priority.

In return, the area is also closed on the westbound side of the road between Laurel Canyon Boulevard and Coldwater Canyon Avenue.

The construction itself would cover 75 feet long which would be a bulk-type retaining structure.

When the repairs take place, it will take up to six to eight weeks long but the Department of Public Works spokesperson is certain that everything will be ready.