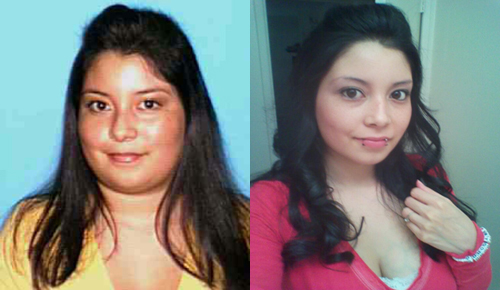 LOS ANGELES—In an update to a previous story, new details have emerged surrounding the Monday, December 26 disappearance of 22-year-old woman Bree’Anna Jovette Guzman.  According to a Los Angeles Police Department news release, Guzman, who also goes by the name “Bree” was last seen at approximately 7:30pm at her home on the 2300 block of Humboldt Street in the Lincoln Heights area of Los Angeles.

In new information provided to Canyon News, Guzman’s mother Darlene Duran said in an interview that her daughter, feeling sick at the time, told her she was going to a local drugstore to buy some cough drops.  Duran added that her daughter had said her boyfriend would be picking her up to go to the drugstore.  Normally Guzman’s boyfriend would text her when he arrived at her home to pick her up so Duran said her daughter went outside to wait for him to arrive.

At approximately 8:30pm, when she realized her daughter had not yet come home, Duran said she texted Guzman to ask where she was and to pick up some milk.  Duran did not get a reply to the text and her daughter did not return home that night.  Guzman, who was born May 23, 1989, has not been seen or heard from since.

Canyon News also has learned that Duran said she and Guzman’s father went to their daughters’ boyfriends’ home the following morning on Tuesday, December 27 to find out where she was.  Upon “questioning” him, the boyfriend told Guzman’s parents that he hadn’t seen or talked to her since Friday, December 23, 3 days before their daughter’s disappearance.

Guzman also has not reported to work since her disappearance.  According to her Facebook page where her name is Bree’Anna Guzman-Ruiz, the Glendale native was currently working in sales at tights retailer Flox Shop located in the Glendale Galleria since December 2011.  The family says they are extremely concerned for her welfare and also for her two young girls aged 15 months and 5 years old who are currently being cared for by Duran.

So far, no new information regarding the whereabouts of Guzman has surfaced.  Duran tells Canyon News that detectives working the case have told her without disclosing any information that they have a lot of leads and are following through on each one.  Guzman’s mother believes the lack of disclosure by detectives is so the case is not “jeopardized.”

Guzman, who is a 2007 graduate of Thomas Riley High School in L.A. and recently attended a culinary school in Pasadena, is described as a female Hispanic with black hair, brown eyes and braces.  She stands 5 feet 3 inches tall, weighs about 110 pounds, and was last seen wearing a blue jacket, pink shirt and blue jeans.  She also has a tattoo on the back of her neck and a pierced lower lip.

Vigils for Guzman have been held by her family every Tuesday since their daughter’s disappearance on December 26.  Another one is scheduled for this Tuesday, January 17.  Fundraising ideas to help with the costs of providing for the family are also being considered.

Anyone with information about Guzman and her whereabouts is urged to contact LAPD Detective David Holmes at (213) 486-6863 or the LAPD Missing Persons Unit at (213) 996-1800.  During non-business hours or on weekends, calls should be directed to (877) 527-3247.   Those wishing to remain anonymous should call Crime Stoppers at (800) 222-8477.  Tipsters may also contact Crime Stoppers by texting to phone number 274637 (C-R-I-M-E-S on most keypads) with a cell phone.  All text messages should begin with the letters “LAPD.” Tipsters may also go to LAPDOnline.org, click on “Webtips” and follow the instructions.