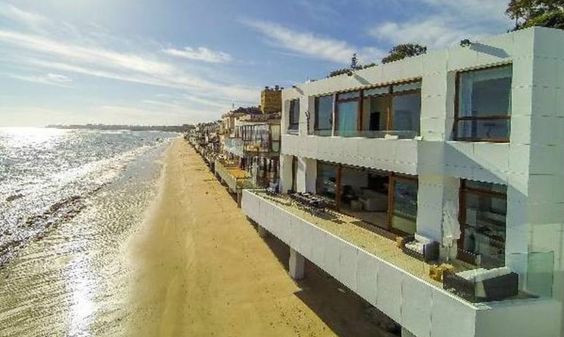 The home is located in the guard-gated community of Malibu Cove Colony and sits on 50 feet of frontage. Nunnari’s home offers a coastline view that extends toward Malibu and up to the South Bay. Each level of the house holds a wide terrace with transparent guardrails. Walls of glass allow views of ocean to surround the house at all times.

The establishment was built in 1988 and consists of 4,640 square feet of space. The home has 5 bedrooms and 5.5 bathrooms, a gym and a glass-enclosed sauna.

Nunnari is the founder and chief executive of Hollywood Gang Productions, which holds credits to a stock of films that include “Se7en,”  “300” and “The Departed,” which won a total of 4 Oscars including Best Picture in 2007.

$200 Million To Be Spent Persuading Californian Voters To Legalize Sports...