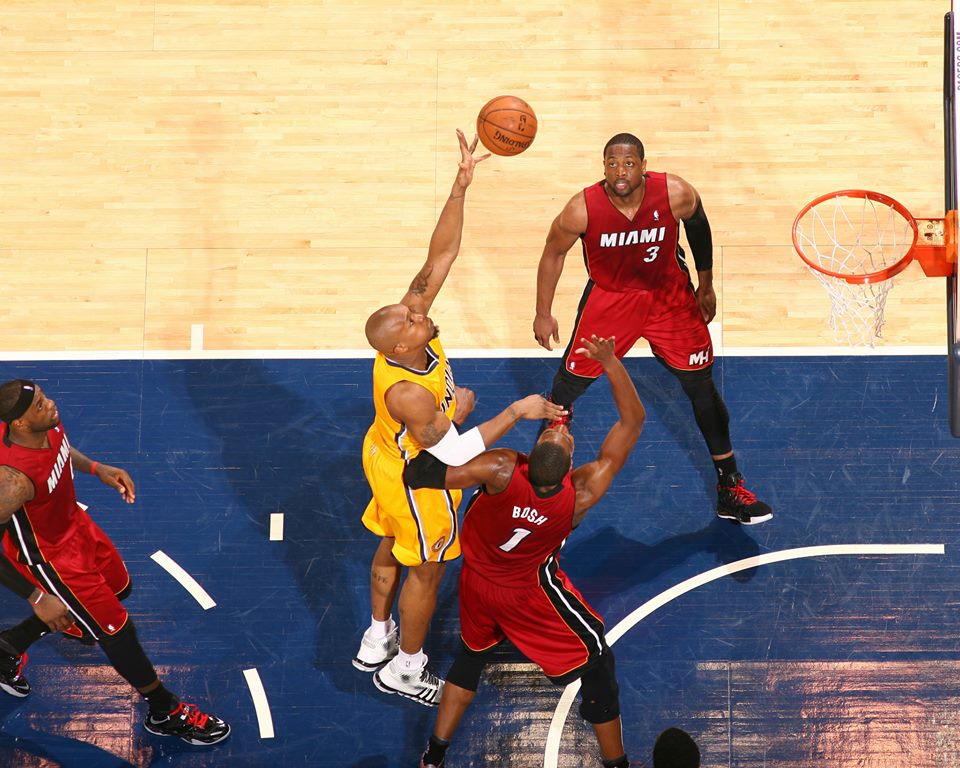 INDIANAPOLIS – It was perhaps one of the most talked about playoff matchups in the NBA. Defending champs the Miami Heat, taking on the Indiana Pacers. The Pacers came close to taking out the Heat last season, but it appears this year the rivalry has been reignited. The pacers took Game 1 of the Eastern Conference Finals beating the Heat 107-96.

Not only did the Pacers come out blazing they’ve now forced the Heat to have to win at least one game on Indiana’s home court, which might be a difficult feat. Even if the Pacers lose in Miami, they only have to win at home to head to the Finals. Paul George led his team to victory with 24 points and seven assists. His teammate David West scored 19 points and had seven rebounds during the game.

Both teams were equal in field goal attempts at around 51 percent each, but the Pacers excelled in three-point shooting and free throw attempts which diffused their opponent. At half-time the Pacers led the Heat 55-45, still plenty of time for the Heat to regroup and come out strong in the third quarter.

Miami generated most of its points from starring players Dwayne Wade and LeBron James. Wade scored 27 points, while James added 25 points, 10 rebounds and five assists for his team in Game 1. The team got within nine points in the fourth quarter, but the Pacers quickly rallied to increase the distance, making it nearly impossible for the Heat to rebound for a victory.

Game 2 will be played Tuesday night at Bankers Life Fieldhouse in Indianapolis. Tip-off is at 8:30 p.m.