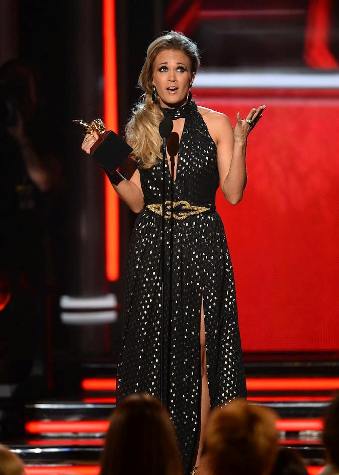 LAS VEGAS – It may have been three hours of my life that I’ll never get back. The 2014 Billboard Music Awards did not contain many of the firepower or amazing performances in the past that usually have audiences talking for days. Justin Timberlake was the night’s big winner taking home seven trophies including Top Artist.  Timberlake was unable to attend the ceremony as he was touring overseas, but did appear via satellite to collect his awards and deliver some laughs to the audience.

Other big winners of the night included Robin Thicke who took home three awards and overnight sensation Lorde who collected two awards.  Speaking of Mr. Thicke he performed his new single “Got to Get Her Back,” in honor of his estranged wife Paula Patton. I will admit the song is catchy, but nothing sensational compared to some of his previous works.

This year’s ceremony was more about the performances than the actual awards, as I felt nearly 20 minutes went by in some cases before another award was actually given out. The ceremony was opened by Pit Bull and Jennifer Lopez; it got the energy going, but wasn’t a performance that audiences will be talking about days from now. Rapper Ludacris hosted the festivities; he was a bit nervous in the beginning, but got his strides going as the show continued.

The list of performers at the event included One Republic, Imagine Dragons, Miley Cyrus, Shakira, Ariana Grande, Lorde, Katy Perry, Luke Bryan, Carrie Underwood & Miranda Lambert, amongst many more. There weren’t a ton of standout performances in my opinion, most were ok at best.

That tune by Underwood and Lambert, “Something Bad” was quite catchy, but I’™m almost convinced I’ve heard that song before. I just can’t pinpoint exactly where. Speaking of Underwood, she was bestowed with the Milestone Award by Destiny’s Child member Kelly Rowland.

There were indeed two performances that stood out in my opinion. The first being R&B crooner John Legend singing his rousing ballad “All of Me.” It is truly one of the biggest songs of 2014, with plenty of authenticity. The other performance that literally had audiences checking their eyesight was the hologram performance of Michael Jackson dancing to his hit “Slave to the Rhythm.” It looked so real, but at the same time just reiterates for fans a genius that Jackson was when it came to the musical arena. I was literally speechless by the dance moves that were performed during the set, which received a standing ovation from the audience.

Katy Perry also delivered a catchy tune as she performed via satellite from Scotland singing her hit “Make It Like Your Birthday.” That woman sure knows how to deliver a tune that stays stuck in your head for days. I must admit, I tuned out of the ceremony the last 15 minutes because after they presented the Top Artist award to Justin Timberlake, I thought the show was over, but it wasn’t. Jennifer Lopez was later given the icon award before she closed out the show with a performance.

I’ve complained in the past about the Grammys, but they had nothing on this year’s Billboard Awards which moved at a pace so slow a turtle would have gone to sleep. My fingers are crossed that the 2015 ceremony will have a bit more firepower than what was seen in 2014.