According to reports, thousands of Australians fled their homes after a massive wildfire ignited rapidly across the region killing 23 people, and destroying over 1,300 homes and businesses in the southeast Australia region on Saturday.

Firefighters are working around the clock to control the blazes which totals 146 acres across the state with only 65 percent reported contained.

“I am totally devastated watching what is happening in Australia right now with the horrific bushfires. I am pledging a donation of $500,000 directly to the local fire services that are battling so hard on the frontlines. My heart goes out to our friends and family in Oz, Pink expressed to her Twitter page,” tweeted Pink. 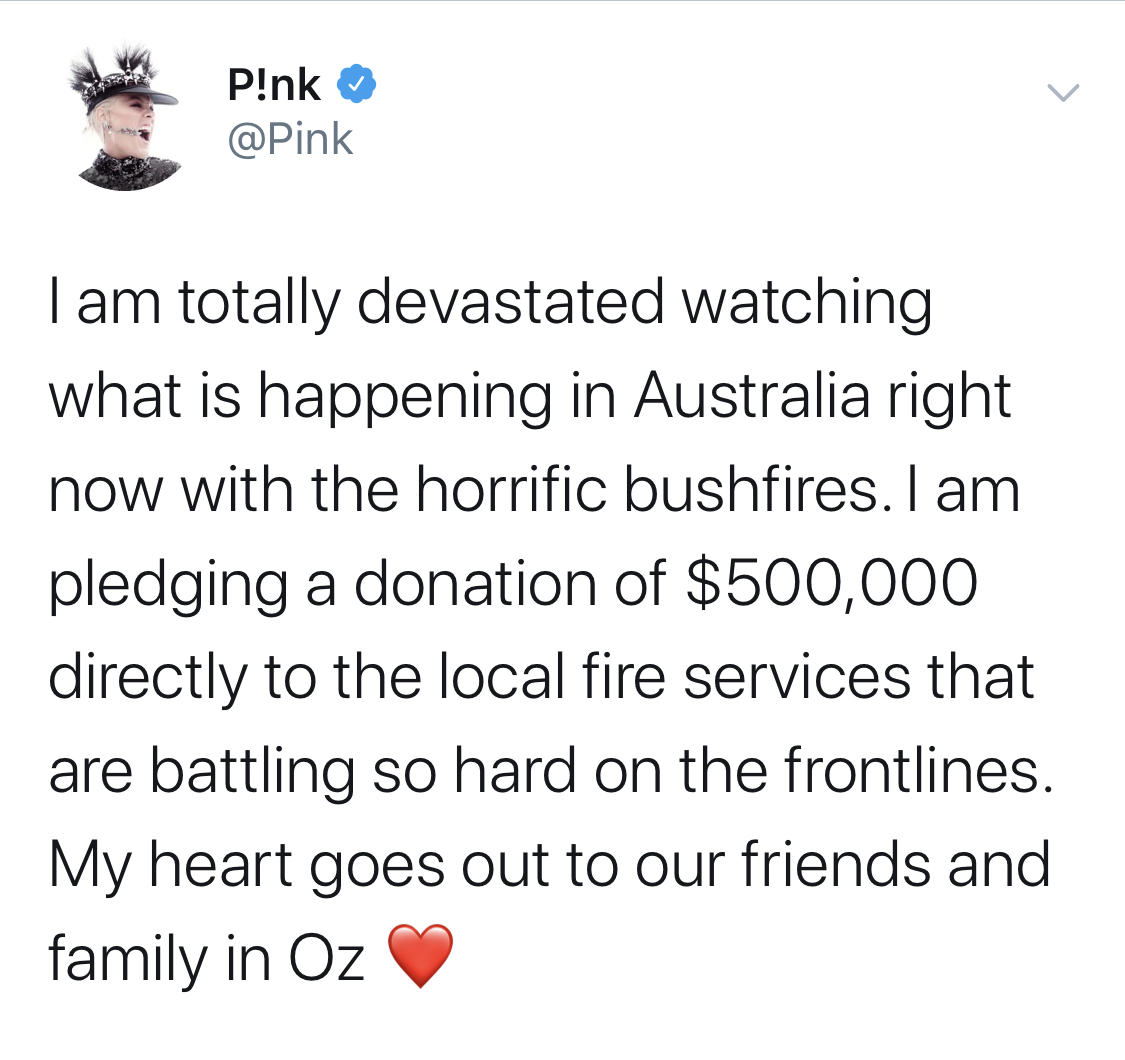 The star hopes that other celebrities will take the pledge to assist the victims and first responders affected. LaMelo Ball and Nick Kyrgios have donated to the wildfires.

The Grammy award-winning first made her presence in the music industry in 2000 with the album “Can’t Take Me Home.” In February 2019, Pink received a star on the Hollywood Walk Of Fame and released her eighth studio album “Hurts 2B Human” on April 26.