SANTA MONICA­­­—With a unanimous approval, the Santa Monica City Council voted to restore $6.4 million of key services for the city budget on Tuesday, May 26. The services take many forms, from extended Swim Center hours and senior citizen resources to the reopening of playgrounds.

Public Information Officer, Constance Farrell, of the city of Santa Monica indicated that selected programs are intended to “reflect the need of young children to our oldest residents and include foundational needs like housing and food assistance as well as program dollars for sustainability and mobility initiatives”

The funds will be spent in six areas: food security, keeping people in their homes, funding for youth-related activities, resources for outdoor health, mobility programs, and sustainability.

In the plan, the Westside Food Bank and Meals on Wheels West would receive $20,107. The Preserving Our Diversity cash subsidy program for low-income seniors would support between 250 to 450 more seniors living in rent-controlled housing.

While all of these services are not currently available, as quarantine slows, the city of Santa Monica plans to offer all of the restored services to the public.

The designated funds were identified in Santa Monica’s General Fund for the fiscal year 2020-2021, with the addition of federal funds, the Housing Trust Fund, and city fees, totaling at $6.4 million.

A total of $183,544 would be given to advance the Climate Action and Adaption Plan, while $144,990 would be given to focus on Santa Monica becoming water neutral. The Transportation Demand Management program would aim to increase the attractiveness of biking, walking, and carpooling as a means for transportation. 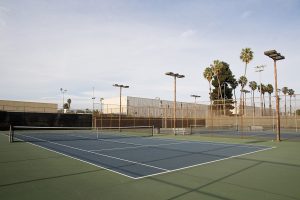 now, Santa Monica has only approved tennis courts for use. A Playground Partnership with the Santa Monica-Malibu Unified School District would provide Santa Monica based athletic organizations with field space owned by the city.

A total of $500,000 from the Cultural Arts Trust Fund would be used for artistic recovery projects similar to President Roosevelt’s New Deal. These could take the form of creative social distancing markers, art in vacant storefronts or artistic activities at curbside food pick up activities.

The Santa Monica City Budget Study session to review the complete budget for the fiscal year is scheduled for June 9 with budget adoption slated for City Council approval on June 23.